One man’s experience: how to get zero annual electricity costs with solar panels and battery solution? 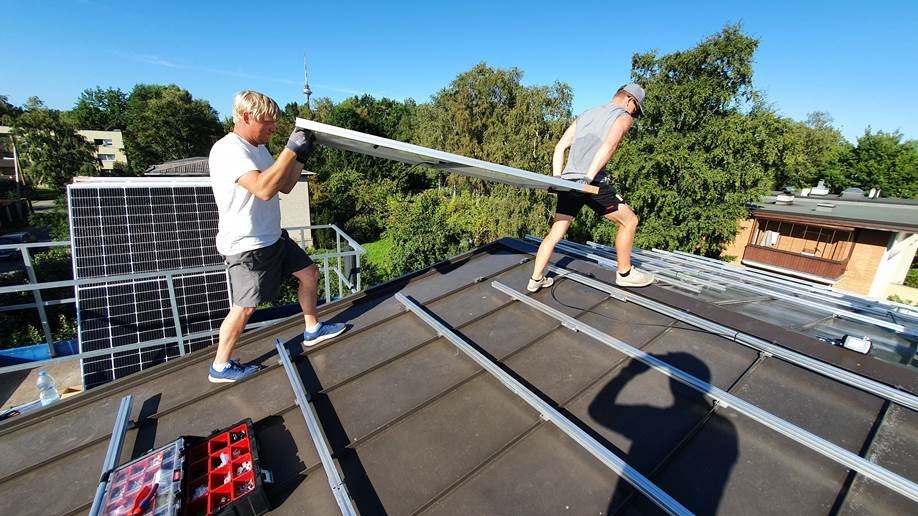 Toomas Kärner is an expert in the world of electricity who has changed his home smarter and greener step-by-step. Among other things, he always wants to create solutions that have a positive impact on the environment.

Toomas’ journey to smart home solutions began when he chose an electric car for his family. “It seemed wrong to me just charge the car at random times and prices. However, the chargers on the market were not suitable for me at that time. So I set up the project myself and built a smart charging system that looks for the cheapest hour for charging and saves me money.”

When the smart charger was ready, he realized that the same solution could be used to control the heating system: “I can set up my ground source heat pump in such a way that the room does not become very hot during more expensive hours. In cheaper hours I heat more and during expensive ones, the room can cool off . In this way, I reduce the price of the average kWh purchased, because I shift consumption time to cheap prices,” he explained.

High daily electricity prices then made the enthusiast to think about installing solar panels in order to further savings. Toomas had no problem making all the preparations himself so the professionals would save more time.

Immediately after the completion of the solar system, the following question arose – is it still reasonable to sell electricity to the grid during the day to buy it back later in the evening with grid charge included?

Battery technology allows to store the electricity produced in lithium batteries, to use it when needed.

“Currently, my 10.2 kW battery system powers the home with stored solar electricity so well that I don’t have to take electricity from the mains at home. A particularly sweet moment arrives in the evening when there is no more sun, but people are at home and electricity prices are also high due to higher demand,” he said.

For those people who are thinking about solar panels and batteries, Toomas advises you to first look at your consumption schedule: when and how much electricity is consumed. You can then get the help of expert experts to plan, which solar and battery solution could best suit such consumption to maximize victory.

According to him, the motivation to make his home greener comes from two aspects. “One is the monetary side – the world can be set up in smarter ways. The other side is the climate issue. I have two children and sometimes the question arises – did I go just in the office and pushed a pen or did something myself? There is no point in shifting this responsibility over to others. Do something yourself!” he explained his point of view.

We provide convenient and simple monthly payment-based solutions with which you can start saving on electricity bills immediately without having to collect a large amount and invest.

You can get an idea of the price of a suitable solution immediately – no long wait for a price quote.