Energy Market Overview 28.11.2022: The debate regarding gas market regulation continues in Europe, but its impact on the electricity market is not yet clear 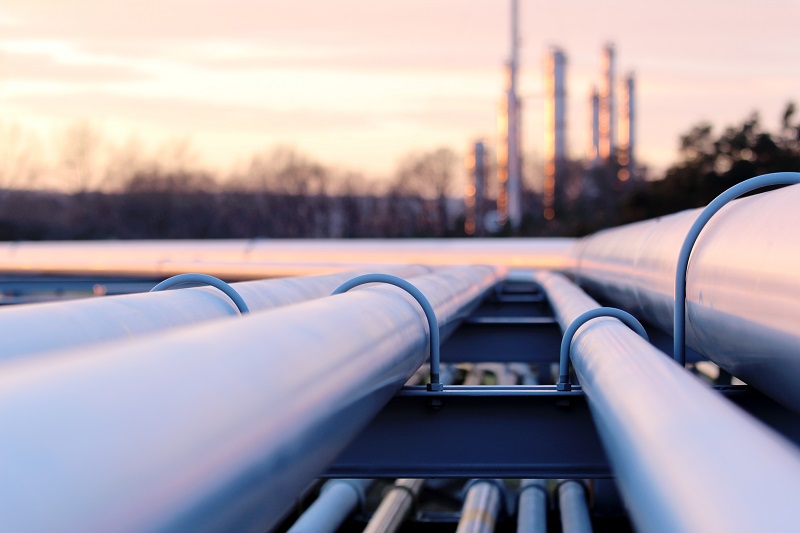 The energy crisis and its possible solutions fuel passions and provide plenty of talk, but the impact of various mitigation measures on the electricity market is difficult to predict. Both gas and electricity prices continued to rise in sub-zero temperatures, and for the first time this winter, countries had to use their gas reserves. Despite the fact, they are rather optimistic about the coming months.

The average price of electricity last week in Estonia was 261.4 €/MWh (+22.6 €/MWh compared to the previous week). The cheapest hour was on Monday night with 137.15 €/MWh and the most expensive one on Thursday morning at 7 o’clock with 391.85 €/MWh. Colder and drier weather continues to affect the increase in electricity prices. In Estonia, Latvia, Lithuania and Finland, the average exchange rates were identical, despite the repairs of the Estlink 1 submarine cable.

Auvere Power Plant was able to operate for a few days when a leak occurred in the heat exchanger on Sunday, due to which the power plant will be under repair until 7 December. The decrease in market supply due to Auvere should not cause a price increase, at least as long as we stay in the same price zone as Finland. However, slightly higher prices are expected in the entire region for next week due to very low wind forecast and higher consumption caused by the cold weather.

The average gas price for the week was 122.7 €/MWh (+5.5 €/MWh compared to the previous week). Gas prices rose as cold weather was forecast, increasing the need to heat.

European Union energy ministers agreed on new rules for joint gas purchases and a new voluntary European LNG price index to help reduce price volatility during the current energy crisis. Ministers plan to formally adopt these gas emergency rules without further discussion at their next meeting, likely to be held on 13 December. In addition, the gas price cap (275 €/MWh) and emergency rules to increase renewable energy will be discussed at this meeting. However, there does not seem to be a real consensus on this issue among the member states.

There seem to be two likely scenarios for Europe this winter: a severe and protracted recession with energy deficits, or a milder and more manageable recession. The scales depend surprisingly much on the weather. Warmer-than-average temperatures in recent weeks have provided relief to policymakers and households alike, as the need for heating and thus the likelihood of curbing energy use has turned out to be lower than expected. Falling natural gas prices have also made analysts more optimistic about the overall state of the economy.

A warmer-than-average winter is forecast in Germany and rather an average winter in Great Britain, comparing the last 30 years. However, the winter that has arrived all over Europe after a mild autumn adds uncertainty on every front, because the following months are unpredictable on many levels. According to the forecast published by Maxar Technologies on Thursday, the next two weeks in continental Europe will be cooler than forecast, including the air temperatures in Amsterdam, Stockholm and Helsinki being lower than the average for the season. According to ANZ Research, half of Europe’s gas will be consumed between December and February.

Europe’s readiness to cope with a cold winter is good, as the fullness of gas storage facilities remains high, at 94%. The maximum was reached two weeks ago at 95.6%, and the reserves have been slowly decreasing since then. However, a sudden drop in temperatures would force households to heat more and companies to increase gas consumption even more. Industrial companies in Central Europe, especially in Germany, no longer see significant opportunities to save gas, because additional restrictions would mean slowing down or stopping production.

Gas traders are also worried about possible disruptions in supplies. Russia’s continued missile attacks on Ukraine’s energy infrastructure may lead to the end of the current small amount of natural gas reaching Western Europe via Ukraine. Adding to the anxiety is news from France where three nuclear reactors were shut down for maintenance last week.

The European Commission stated last Thursday that gas reserves must be at least at 45% by 1 February in order to cope with the risks associated with the end of Russian supplies next year as well. In the case of a warmer-than-average winter, it is encouraged to reach 55%. In addition, the Commission established binding interim fullness targets for May, July and September in order to ensure readiness for next winter. However, the gas sector fears that public binding targets could lead to a sharp rise in gas prices.

While European gas supplies are most likely secured for this winter, there is reason to be concerned in the long term. Developments in the global market for liquefied natural gas (LNG), intended to replace cheap natural gas from Russia, suggest that Europe is facing several years of energy uncertainty and fierce competition for supplies. Long-term LNG contracts starting before 2026 are almost completely sold out and it will take time to build new production facilities, according to a study by the world’s largest LNG importer Japan. 30% of the world’s LNG output is sold in the short-term market where prices are already three times higher than in the long-term market. However, the sharp increase in demand will increase competition and prices in this market over the next three years even more. The exchange price of LNG has risen to the highest level since the beginning of October in Asia. There are fears of disruptions in production and increased demand caused by cold weather.

Even the situation after 2026 tends to be fiery. China has just signed one of the biggest supply deals in history with Qatar, pledging to buy at least 4 million tons of LNG annually for 27 years. The $60 billion deal shows that, unlike Europe, Beijing is not afraid to make long-term deals on fossil fuels. Europe has so far tried to avoid tying itself to such long-term promises regarding fossil fuels, and in the longer term, it has remained firmly committed to a plan to switch to more environmentally friendly energy. Europe has proved this year that it is possible to attract sellers in the short-term market as well, but the market is more volatile and currently at significantly higher prices.

In positive news for Europe, Norway announced that it would open a new gas field in 2026 to help countries starving for gas fill the gap left by the end of Russian supplies. Equinor’s development should start operating at the end of 2026.

The price of oil fell for the third week in a row, the main reason being the European Union’s consideration of a price ceiling for Russian crude oil, as well as the economic slowdown. European leaders failed to agree on a price cap last week, while China, the world’s biggest oil importer, reported a record number of coronavirus cases and imposed further restrictions. The Institute of International Finance predicts that next year the global economy will be as weak as it was in 2009 after the global financial crisis.

The German economy performed better than expected in the third quarter, growing by 0.4 percent, which was mainly driven by the increase in consumption by private consumers. However, the coming months will be difficult for the Europe’s largest economy, as extremely high energy rates and inflation will force both companies and households to tighten their belts.

One measure to mitigate the price shock is to provide subsidies, which will be financed in Germany with the repeatedly mentioned windfall tax that demands 90% of excess revenue back from renewable energy producers mainly. The state plans to collect revenue from solar, wind and nuclear energy producers exceeding €130 per megawatt hour. The tax is also imposed on the revenues of electricity producers using coal and oil. Finland, Ireland, Spain and Italy, among others, have introduced a similar tax.

Finland will introduce a one-year tax on electricity profits in 2023 to finance an €800 million support package for consumers suffering from high energy rates. The tax level is currently unknown, but the government will look at previous years’ profits to determine the level. In addition, VAT on electricity will be lowered from 24 percent to 10 percent for the months from December to April.

The weekly average price of CO2 was 76,3 €/t (+2,3 €/t compared to the previous week). Prices on the European trading floor rose by 3.1% over the past week, being the highest level in the past month since colder weather increased demand. In addition, the number of allowances traded through auctions will decrease over the next month.

Eesti Energia’s plants in Narva were on the market last week with 820 MW. The scheduled maintenance of the power generation facilities managed by Eesti Energia has mostly been completed for this winter. Auvere Power Plant returned to the market last week after its regular annual maintenance, but is now undergoing additional repairs from Sunday until next Wednesday due to a heat exchanger leak.