Energy Market Overview 19.12.2022: The warmer weather and the end of nuclear plant repairs in Sweden will bring down electricity prices 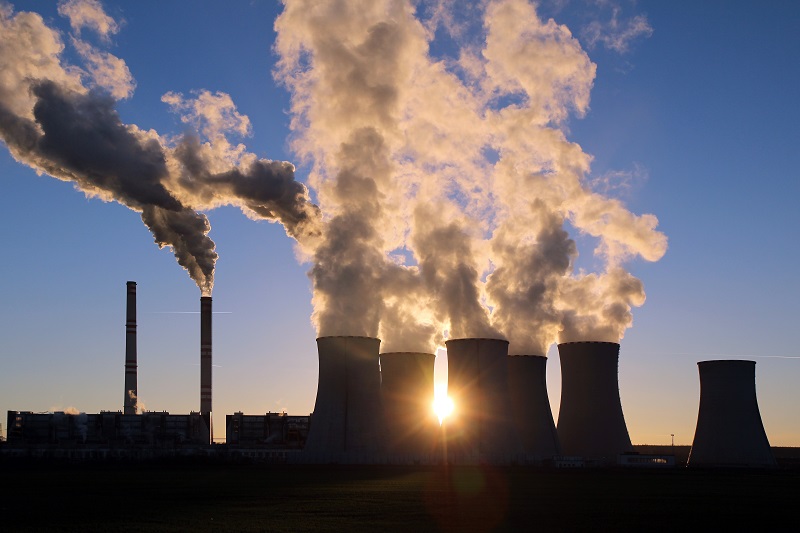 Last week’s electricity prices stayed at the same level as the previous week, rising just enough to reach the third most expensive position on the all-time list, after two record weeks last August. This week’s warmer weather and the end of nuclear plant repairs in Sweden will bring down electricity prices.

The average price of electricity last week in Estonia was 362.7 €/MWh (+0.3 €/MWh compared to the previous week). The cheapest hour was on Sunday night at 11 with 130.76 €/MWh and the most expensive one on Tuesday evening at 6 o’clock with 665.01 €/MWh. Electricity has been more expensive than the previous week only in two cases, in the last two weeks of August.

The average price of gas for the week was 131.2 €/MWh (+7.5 €/MWh compared to the previous week) and the capacity of gas storage facilities in the European Union was at 84% on average (88% the week before).

European industry is looking for alternatives to gas in oil

Mild weather and imports of liquefied natural gas have made it possible to ease the energy crisis in Europe, but in addition to these two factors, according to Bloomberg, a third has played an important role: the ability of industrial consumers to exchange natural gas for significantly cheaper gas oil. According to the International Energy Agency’s (IEA) monthly oil market report, the transition to gas oil will ease companies’ fears of gas shortages next winter. Gas oil is a diesel-type fuel used by industrial companies to run equipment. Its global supplies in the third quarter rose by 520,000 barrels per day, exceeding all expectations, according to the IEA.

The average gas consumption of the industrial sector of the European Union in November fell by 27% year-on-year. European gas consumption is still 3 TWh/day lower than seasonal norms, despite the increase in demand due to the recent cold weather.

However, a big problem for Europe is that just as Russia has been the main supplier of natural gas to Europe, so the largest part of gas oil to Europe comes from Russia. Saudi Arabia and India have been important suppliers as well, but half the size of Russia. In order to limit Russia’s oil revenues and to force it to end its war of conquest against Ukraine with economic measures, the European Union has imposed sanctions since 5 February prohibiting the import of oil products of Russian origin by sea. These include diesel fuel. This means that gas oil has to be sourced from further away.

The market is getting ready for new restrictions and diesel fuel imports have been given a powerful boost. In the first 10 days of December alone, 16 million barrels of diesel fuel arrived in the European Union and Great Britain, mainly from Asia and the Middle East. The challenge is big because, this February for example, more than 800,000 of the 1.1 million barrels of diesel fuel imported into the European Union and Great Britain came from Russia, and in November, the share of the latter was about 50%.

However, the increase in international demand is directly reflected in prices. According to the IEA, the price of diesel fuel in the United States rose by 50 percent, in Germany by 38 percent, and in China by 14 percent in October. The price of diesel fuel on the world market depends a lot on the course of the world economy and the resulting demand. Sanctions on Russian oil products force Europe to import liquid fuels from further afield, raising the prices for our consumers.

Although winter has fully begun, there is still much uncertainty for Europe’s energy sector. LNG imports must be continued in order to ensure sufficient filling of gas reserves, while the cold wave in Asia may lead to an increase in the price of LNG on the international market and this, again, will encourage switching between fuel types. The IEA report also instilled optimism by suggesting that, in general, the European industrial sector has coped with the gas crisis better than expected and managed to avoid the worst recession scenarios. The organization still warns that the next winter promises to be even more difficult.

According to other analysts, Europe has coped well with the first winter trials. Natural gas prices have remained stable and the price of electricity in Central Europe has come down somewhat from the peak. The situation is worse in the Baltic and Nordic region, because due to the cold wave and repairs of large nuclear plants, the region is in deficit and the price is shaped by expensive gas plants. While in the previous two weeks you had to pay 350-400 euros for a megawatt-hour of electricity, last week the prices steadily reached 400-450 euros. Starting this week, a slight drop in electricity prices is expected as Sweden’s powerful Oskarshamn 3 nuclear plant has been repaired and is back on the market, reaching its full capacity of 1,400 megawatts in a few days.

As of Monday, 84 percent of the Nordic nuclear capacity was in operation, with a total capacity of more than 8 gigawatts. The slightly warmer weather in the coming days will help lower electricity prices in our region with immediately reduced consumption. In addition to Oskarshamn, Olkiluoto 3 in Finland (1,600 MW) and Ringhals 4 (1,130 MW) in Sweden were also out of order last week. For Olkiluoto 3, the operator company had hoped for the week after Christmas for start-up, but commercial production would start on 6 February at the earliest.

While there has been a lot of talk about the difficulties of large-scale industries in Central Europe in the past weeks, less about the challenges of the Baltic countries. On Monday, Achema, the largest fertilizer manufacturer in the Baltics, located in Lithuania, announced that it would suspend ammonium production at its plant until February due to high gas prices. Achema had been operating with reduced capacity already since September. The announcement is noteworthy, because under normal circumstances, its consumption makes up a little over a quarter of the entire Baltic gas consumption, reaching 12 terawatt-hours in 2021. If Achema does not consume gas, the security of supply of gas to the Baltics and Finland will improve significantly this winter, especially as long as there are no additional ships at the Inkoo LNG quay yet.

Europe as a whole, however, is breathing easier than a week ago, because it was feared that the cold wave would lead to energy shortages and controlled blackouts. LNG has played an important role in avoiding them, the import of which reached a record level at the beginning of December, remaining until now. For example, the three LNG terminals in Great Britain pumped a record amount of fuel needed to produce electricity and heat into the gas network during the blizzard that hit the country, and the first gas pipeline connecting the country to continental Europe began to operate. France was saved from the worst by its nuclear plants which are now producing at 68 percent capacity, compared to 52 percent in mid-November.

Coping, of course, comes at a high price. Britain’s transmission system operator is forecast to have to pay power producers €1.75 billion more than last winter for short-notice standby plants. In the end, these costs will have to be paid by the consumers. The tension is spreading, as crisper temperatures are soon expected again in Central Europe.

In the coming months, the most important price influence will be the increase in demand due to the cold, because January and February are seasonally the coldest winter months. The price is also influenced by consumers’ ability to save, wind conditions and reliability of nuclear plants. If other production units are not sufficient, the most expensive gas power plants are the last to enter the market, driving the price of electricity high. In the worst case, if there are not enough stations operating under market conditions, reserve power plants of system operators must be started to cover the demand, in which case the electricity price will rise to the maximum level of €4,000 per megawatt hour. In such a situation, it is comforting that at least in the Baltics and Finland, the capacity of the reserve plants should be sufficient, and the probability of power outages should therefore be small.

China, which is preparing to ease its corona measures, may also affect Europe’s ability to cope. The world’s largest gas importer is preparing to ensure larger supplies for next year than this year, and volumes may increase by 7 percent, Cnooc’s Energy Economics Institute estimates. In addition, consumption is affected by the cold wave that hit the country and the decrease in pipeline gas supplies from Central Asia. The more LNG China needs, the more intense the competition with Europe will become, primarily for supplies from Qatar and the United States. China’s LNG imports fell by 20% this year, leading to an additional 16 billion cubic meters for Europe.

Germany, which has invested nearly €10 billion in its LNG infrastructure, opened its first LNG terminal in Wilhemshaven this Saturday to cover 6% of Germany’s gas needs. Deliveries through the new terminal will begin this week, and the supply contract has been signed for ten years. Another two new LNG terminals should be completed in Germany this year. In addition to the start-up of nuclear power plants, there was more good news for France, where gas consumption decreased by 12.4% in the period from August to December compared to 2018 before the coronavirus.

The weekly average price of CO2 was 90.5 €/t (-1 €/t compared to the previous week). European Union negotiators temporarily agreed to collect €2 billion from the sale of CO2 quotas from the ETS Market Stability Reserve until the end of August 2026. The money raised will be used indirectly to pay for a €20 billion subsidy package for energy investments as part of the REPowerEU program.

The member states have also reached an agreement on the world’s first major carbon dioxide border tax coming into effect in 2026. Politicians agreed to increase the emissions reduction target for industries covered by the emissions trading system by 2030, with a new target of 62 percent compared to 1990 levels. The CO2 price increase will accelerate as a result in the coming years. Although, the current price should not increase too much, as the market has already taken into account the price of most of the content of the agreement.