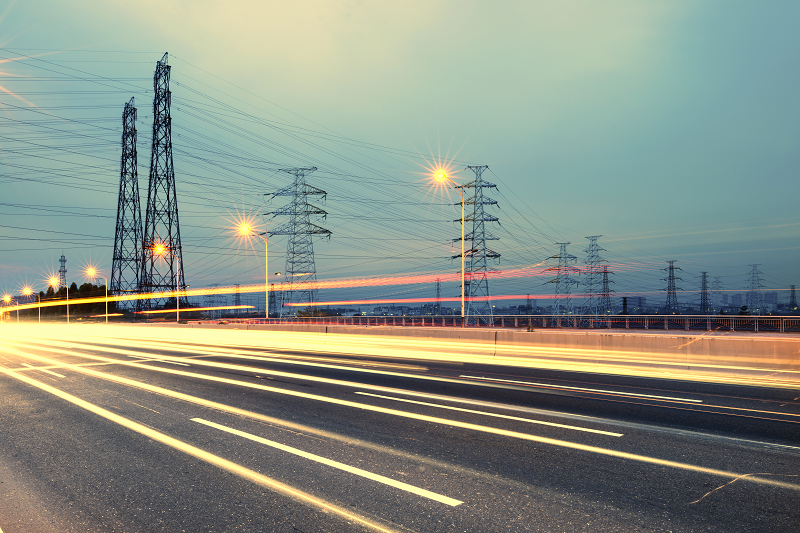 While last week’s autumn storms caused power failures in thousands of homes for shorter or longer periods of time, even more households could enjoy very cheap electricity due to the raging winds. At the same time, European countries continue to try to figure out how to reduce gas consumption in winter.

The average price of electricity last week in Estonia was 187.6 €/MWh (-22.6 €/MWh compared to the previous week). The most expensive hour was on Tuesday evening at 8 o’clock with 501.28 €/MWh, and the cheapest on Thursday and Saturday nights when electricity was almost free for several hours with 0.08-0.10 €/MWh.

The past week saw some extremely low electricity prices, primarily caused by the large output of wind electricity in the Scandinavian countries due to heavy winds. The price fell into the red during several hours at night time in Finland and Sweden, being at the lowest level of the last 10-week average. Finland’s Olkiluoto 3 has been operating at full capacity in its current test phase, but production will be suspended in the middle of this week until early November. This can increase prices in the coming weeks.

Windy but warmer-than-usual weather and nearly 90 percent full gas storages pushed gas prices down to levels last seen at the end of July. Adding to the optimism is the fact that warmer-than-average weather is promised for the United Kingdom and Central Europe for the next two weeks, helping to delay the deployment of gas reserves. Compared to the records at the end of August, the price of gas has fallen by nearly 50%. However, the question of how to fill the storages for the next year remains unresolved, because although Russian gas supplies through Ukraine and Turkey continue in reduced volumes, restarting the damaged Nord Stream pipelines does not appear to be technically or politically possible. We can’t be completely sure about the continuation of deliveries via Ukraine either.

Europe has filled its storages ahead of schedule, largely thanks to significantly increased LNG imports and reduced gas consumption, but according to Bloomberg, liquefied natural gas may only be sufficient to replace piped gas to the extent of 30%. This presents the “Old World” with a serious challenge for next summer, because it is unlikely that Russian pipeline gas can be counted on when filling the storages for next winter.

Last week’s average gas price was 167.5 €/MWh, being €21.2 less compared to the week before that. . In addition to the mild weather, the market is waiting for the European Union’s planned measures regarding market regulation, including the establishment of a price ceiling for gas. However, this proposal is criticized by analysts, as the price ceiling does not help to bring more gas to Europe. Rather, the result can be quite the opposite, because the LNG market is global and tankers move to where they are paid more. Also, a price ceiling may increase the demand, in which case gas consumption must be limited in a regulatory manner due to deficit. The ambition of the European Commission is to propose solutions within two weeks, but the leaders of several member states are skeptical about such a quick schedule. On the other hand, procrastination is seen as a threat to the union’s unity, because if joint decisions are delayed, the countries may start acting independently and thus harm each other’s interests.

Norway is rendering significant assistance to Europe by planning an eight percent increase in its gas exports compared to last year, so that supplies to Europe should increase by up to 100 terawatt-hours.

France announced that it aims to reduce its energy consumption by at least 10 percent. The main savings are seen in lowering the internal temperature of public and commercial buildings to 19 degrees during working hours and even lower at night. The heating period is planned to be shortened by two weeks in both autumn and spring, lighting will be reduced in public spaces and streets, and remote work will be encouraged so that large office buildings do not need to be heated.

Finnish transmission network operator Fingrid is negotiating with distribution network companies to prepare for possible winter blackouts. They are playing through situations where, for example, parts of Helsinki are left without electricity for a couple of hours on a rotating basis. Finland’s new nuclear plant Olkiluoto 3 is very powerful, but it is a weakness at the same time, because in the event of an accident, 1,600 MW would be off the market, very difficult to be replaced quickly. Fingrid is taking the risk into account, as the plant has just started operations after years of delays and reliability has not yet been proven.

Therefore, they need to be prepared for technical failures. For comparison, the volume of Estlink cables is 1,000 MW, which means that the deficit would not be replaced by even full-load imports from Estonia. And what would happen in Estonia at that moment is another question. Except for moments of peak consumption, we basically have enough production in Estonia to cover our consumption. Elering says that our security of electricity supply is not at risk. We would have electricity, but the question is, at what price? The price of electricity would again rise to record levels. Household consumers are protected by the universal service, but the industry has to consider the risk independently.

Fingrid forecasts that the winter peak consumption will be about 5% lower this year than originally expected due to the energy crisis and high prices. However, Germany’s largest network operator warned that it may be necessary to limit the export of electricity from the country this winter in order to avoid more serious power outages. Such warnings to the common European electricity market are a sign of great danger. Poland has already essentially stopped its electricity exports, however, imports to Poland are still allowed. One of the main prerequisites for security of supply in the electricity market is that neighbours help each other out when needed. Also if there is a failure in Estonian electricity production.

Among others, the British are also concerned about coping with the winter. The transmission network operator of the island nation warned that in the event of a serious gas shortage and a smaller-than-usual electricity import from mainland Europe happening at the same time, some consumers may be left without electricity for up to three hours. In a normal situation, Britain would start helping out Europe instead, but it is critically important to ensure a sufficient amount of liquefied natural gas for this. Japan is also worried about LNG: the government has given the country’s largest energy producer a loan of EUR 900 million to buy liquefied natural gas. The island nation, which narrowly avoided blackouts in the capital Tokyo last winter, imports most of its energy and is thus one of the competitors of energy-hungry Europe in terms of LNG. According to forecasts, the severe LNG shortage will last at least until 2026 when new natural gas liquefaction plants will start up.

Despite the energy crisis, the Netherlands is shutting down natural gas production at Europe’s largest gas field in Groningen, as decades of gas extraction have destabilized the earth’s crust and are causing earthquakes. According to the producers, natural gas from Groningen could completely replace the gas that Germany imported from Russia until now, but according to the Dutch authorities, it would be more reasonable for the neighbouring country to extend the life of its nuclear plants. Instead of shutting down some of its nuclear plants, the German government has now agreed to keep them in hot reserve from next year until the energy crisis is resolved.

The association of oil-exporting nations OPEC+ decided to reduce production by 2 million barrels per day starting in November, having led to the largest price increase in the markets since March. However, the actual decline in production is expected to be lower as not all members have been able to meet their production quotas. Nevertheless, the news added fuel to the fire of the energy crisis. Namely, the decision left the impression that Saudi Arabia wanted to be more friends with Russia than with the USA, and it caused a painful reaction by the USA and a threat that OPEC would be declared a market-manipulating cartel that could be sued in an international court. However, OPEC responded that the organization was not taking sides in the Russia-Ukraine war and was simply trying to do its best to prevent the oil market from collapsing as the world economy was slowing down.

The weekly average price of CO2 was 67.7 EUR/t (+0.6 EUR/t compared to the previous week). The price remains low because the market is following the financing plan of the European Commission’s REPowerEU plan. The plan will finance projects that will help Europe to quickly break free from Russia’s energy trap. The REPpowerEU plan has now been continuously expanded, and although it has not been directly stated how the additional funding will be provided, so far it has primarily been from carbon sales revenues. So, in the case of a larger plan, one might think that the supply of CO2 quotas to the market will continue ahead of time.

The plants in Narva were available last week with 470 MW on average. Availability was mainly affected by the start of the long-planned repair of Auvere Power Plant, lasting until mid-November. The production units of the remaining Narva plants are operational this week.