Try for yourself: An app that saves money and electricity 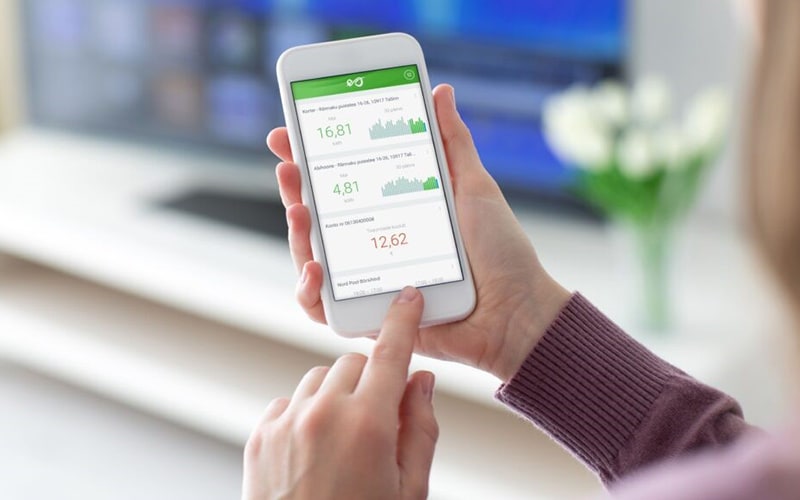 Most people in Estonia have a smartphone in their pocket and it is mainly used for communication with friends, entertainment and business. Today’s world of apps is immensely wide, and among other things, you can find such applications that help to keep an eye on your household.

One such application is the Eesti Energia mobile app which enables to monitor energy consumption.

After installing the application on a phone and identifying the user, Eesti Energia’s customers will have access to their invoices, contracts, consumption data and much more.

For this, it is not necessary to place any devices or gadgets in electrical cabinets or sockets – the display of hourly information is possible thanks to remotely read meters which are used in most Estonian households today to measure the amount of energy consumed.

In the application, it is possible to view the amount of energy consumed with an hourly accuracy.

For example, after going to sauna in some evenings, it is possible to assess afterwards how much the household’s energy consumption increased while the electric heater was operating. The electricity exchange prices displayed in the app, however, help the user to start their dishwasher and washing machine exactly when the price of energy is the lowest.

These are the most obvious ways to reduce annual energy costs.

Not just for smart home geeks

A survey conducted among the users of Eesti Energia’s app revealed that they go much further than initially expected in their search for savings.

Users say that the app has helped them understand the real price gain that has led some households, for example, to adopt energy-efficient LED bulbs or to replace their home and kitchen appliances with newer and more energy-efficient ones.

As a surprise, we found that the users of the Eesti Energia app are not only young people, but there is an equal number of older people among them.

By following the expenses and prices of electricity, application users automatically start to search for opportunities to plan their consumption – it becomes like gambling in its own way. The bigger the family and living area, the more tangible the result from sustainable consumption.

How do you benefit from the Eesti Energia app?