Energy Market Overview 31.10.2022: European gas storage facilities are so full that some LNG carriers are waiting at sea 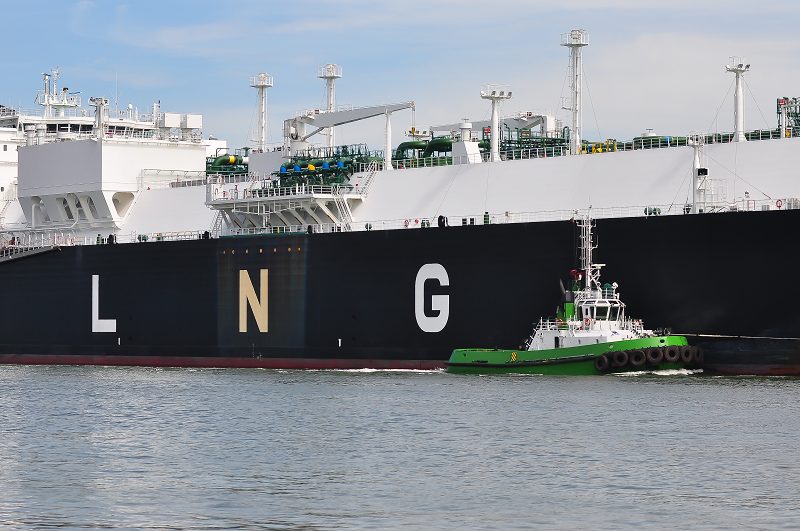 The efforts of European countries to cope with the energy crisis, together with a significantly warmer than usual autumn, have led to a situation where gas storage facilities are so full that LNG carriers with expensive cargo have to wait at a roadstead. However, a cold winter can quickly turn the current surplus into a deficit.

Disturbing news came from Finland last week, where cracks of several centimeters were found inside all four feedwater pumps at the Olkiluoto 3 nuclear plant, and the plant’s operator TVO said on Friday that they could not yet say how this would affect the plans to start up the plant at the end of the year. According to the current plans, the 1,600-megawatt plant should start operating on 27 December. The Finnish transmission system operator Fingrid has emphasized the likely need for scheduled power cuts in winter. According to Fingrid, failure to do so could cause massive network failures that could lead to people dying.

Eesti Energia has tried to assess what such a power outage in Finland would mean for Estonia. In all probability, Estonia would nevertheless have electricity thanks to the backup stations of local transmission system operators. However, these are only started when there are not enough market-based providers to cover the demand, and in such a case, the maximum price of 4,000 EUR/MWh determined by the market would apply.

Household consumers are protected against this with the universal service, but businesses and institutions should think about the price of electricity at which they could pause consumption for a couple of hours. Service providers should be notified of this, if possible, so that it would be possible to better forecast consumption demand.

According to Energy Commissioner Kadri Simson, the European Commission will propose to the member states to establish an upper limit on the price of natural gas using a dynamic price mechanism. Market participants, however, doubt whether the measures would be implemented before the main heating season and what effect they would have on diverting gas cargoes away from Europe. Norway, for example, has already announced that it is not willing to sell gas below the market price to Europe.

At the meeting that ended last Tuesday, the energy ministers of the European Union member states set 24 November as the deadline for agreeing on new measures to control energy prices. While the warmer-than-average temperatures currently prevailing throughout Europe provide politicians with space to breath, then as the winter progresses, the thermometer readings will drop anyway causing heat bills to increase. Matthew Baldwin, Deputy Director-General in the Directorate-General for Energy at the European Commission, told Bloomberg last week that the risks associated with a very cold winter and disruptions to LNG supplies were still not sufficiently mitigated in Europe.

The warm October has made it possible to fill up 94% of gas storage facilities and postpone the sharp increase in annual gas consumption accompanying the heating season. Paradoxically, there was a situation last week where Europe had more gas than it could consume. This, in turn, has brought down gas futures prices. The current weather forecast does not predict particularly cold weather for November in Europe, and the high level of gas reserves may last at least until December. From there, it all depends on how cold the rest of the winter will be.

The drop in gas prices and the limited free space for stockpiling have created a peculiar situation where a large number of LNG carriers have anchored near the European coast waiting for higher gas prices. According to analysts, gas consumption has decreased in general, but it is still difficult to accurately predict whether it can be maintained when frost arrives.

The price of natural gas has fallen significantly since the record highs in late August, and this has allowed the struggling industrial companies to somewhat restore their production volumes, but not everywhere. Production volumes of ammonia needed for fertilizers have fallen from September’s 70% to 45%. Despite the price drop, gas is still more than three times more expensive than the average of the last five years.

The average gas price for the week was 104.6 €/MWh (-14.3 €/MWh compared to the previous week). In summary, the main price drivers are oversupply in the market due to stable high LNG supplies, high filling of EU gas storage facilities and continued mild weather.

Due to low gas prices, gas-fired power plants returned to the market in some European countries, (temporarily) displacing coal-fired plants. For example, gas plants covered 33-44% of electricity production on some days in Germany and the Netherlands. At the same time, electricity futures prices also fell to their lowest levels of several months.

Looking ahead, natural gas futures for February are 44% more expensive than in November, as are prices for deals that are made for next winter. According to Timera Energy, 7-9% less natural gas will be consumed in 2022 than last year, but the European Union’s goal of reducing consumption by 15% will probably not be achieved. Europe’s ability to deal with both the energy and gas crises in the next two years will depend mainly on how well it will manage to reduce consumption, according to Timera. The savings should come mainly at the expense of private consumers, because according to a recent survey, 60% of German companies do not have the ability to further reduce their gas consumption.

However, LNG will play an important role in coping. There is a country every week announcing of the creation of some new reception capacity. The latest example is Italy, whose wharf to be built on the west coast should cover about 6.5% of the country’s annual gas needs from next spring. The United Kingdom, on the other hand, was relieved last week by record high wind electricity output.

In addition to the price of natural gas, both consumers and policymakers have to deal with the rise in the price of refined petroleum products, especially diesel fuel. The problem primarily affects the United States of America, but due to the global dimension of the oil market, the effects reach Europe. According to Goldman Sachs analysts, the reasons for the supply difficulties are insufficient investments in fuel production and the closing of refineries and disruptions in their work. Diesel fuel stocks are said to be at an unprecedentedly low level, and looking ahead to the new year, the embargo on Russian fuel products by the G7 countries looms as the next big challenge.

As noted in previous weeks, Russian exports of energy carriers are continuing despite the sanctions. China imported a record amount of liquefied natural gas and coal needed for steel production from Russia in September. Since the invasion of Ukraine, China has bought more than 50 billion euros worth of energy products from Russia. However, this does not mean that Russia will emerge as the winner in the energy war. Although the situation in Europe is difficult in the near term, the International Energy Agency (IEA) predicts that Russia itself will be the biggest loser in the long term. The main reason is that its relations with Europe built over decades and permanently broken in just a few months cannot be replaced by trade to Asia, and Russia’s fossil fuel exports will never return to the levels of 2021. Russia’s actions also mean that the rapid growth in natural gas demand has ended, the IEA noted.

The weekly average price of CO2 was 77.3 €/t (+9.7 €/t compared to the previous week). The CO2 market is reacting anxiously to every bit of information that leaks to the public about Europe’s big RepowerEU funding plan. If earlier it was speculated, based on politicians’ statements, that the entire program would be covered by the money obtained from the sale of CO2 quotas, now there is only talk of partial financing of the budget with quotas.

Eesti Energia’s plants in Narva were on the market last week with 500 MW. Availability was mainly affected by the long-planned repair of Auvere Power Plant, lasting until mid-November, as well as minor maintenance jobs in other production units.