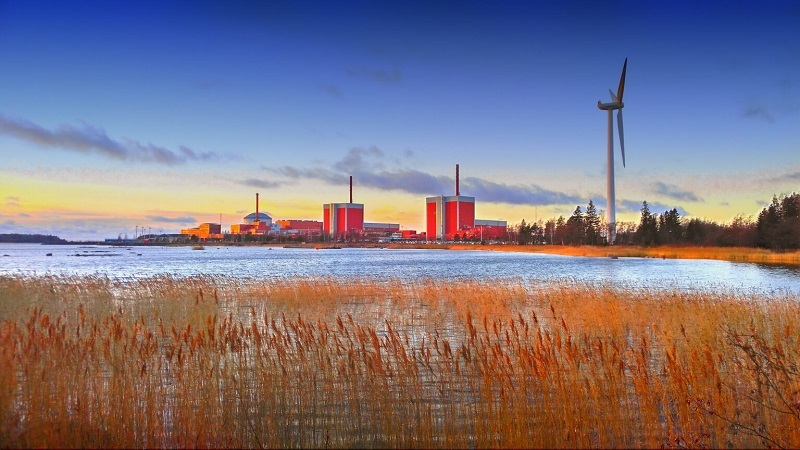 Warmer weather, higher wind energy output and lower consumption made it possible to significantly lower the price of electricity last week compared to previous weeks. While the decision to invest in the Sopi-Tootsi Wind Farm added optimism for the coming years, the postponement of the start-up of nuclear reactor Olkiluoto 3 to March added clouds of worry to our region despite the quite successful coping with the energy crisis so far.

The average price of electricity last week in Estonia was 178.7 €/MWh (-184.0 €/MWh compared to the previous week). The cheapest hour was on the night of Christmas Eve at 4 o’clock with 33.32 €/MWh and the most expensive one on Wednesday, 21 December, morning at 8 o’clock with 304.19 €/MWh. Warmer temperatures, lower gas prices and quite high wind output in our region affected the prices.

The average price of gas for the week was 97.4 €/MWh (-33.8 €/MWh compared to the previous week) and the capacity of gas storage facilities in the European Union was at 83% on average (84% the week before). Gas prices were mainly affected by warmer-than-usual weather and lower holiday consumption.

Sweden’s 1,400-megawatt nuclear reactor Oskarshamn 3 returned to the market. Finland is beginning the start-up of its Olkiluoto 3 in test mode tonight. The plant has a total of four cooling water pumps, of which two turbines still have cracks that appeared during the first testing. The rest have now been fitted with complete spare turbines. The cracks may have occurred when the plant was loaded up and down rapidly during testing. The test regime that begins today will last 11 days, after which production will be suspended for four weeks for further inspection of the problematic feedwater pumps. Subsequent testing should begin in the first week of February. According to Teollisuuden Voima, operator of the plant, it will start production under commercial conditions on 8 March, almost a month later than previously promised. This means that Olkiluoto 3 cannot be counted on this winter, because the winter will be over before the plant is ready for operation. Olkiluoto 3 is almost 13 years behind schedule.

From the point of view of energy production and consumption, Europe is coming to the end of one of the most difficult years in history, but we are facing the new year in a better position than could have been expected based on the first months of the year. The price of natural gas fell below €100 per megawatt hour last week for the first time in two months, and Germany’s year-ahead electricity sales price fell to its lowest since June. The first major cold wave was rather well handled, declining consumption is keeping gas prices in check and reserves are still filled at a higher level than usual at this time.

Compared to the five-year average, storage occupancy was as much as 10 percent higher. Despite the recent cold wave, we have to thank the weatherman who blessed October and November with fairly warm weather. Storage occupancy reached an all-time high of 97% on 13 November, having now utilized about 14 percentage points. The rate of decrease in reserves is 4 percentage points higher than in the last five years when the Nord Stream gas pipelines continuously brought more.

In the run-up to the holidays, the higher-than-expected storage capacity allowed the governments to breathe easier, because in the energy crisis caused by the war started by Russia, inflation is at the highest in decades, household bills have multiplied and economic growth has slowed down. However, the high prices attracted a sufficient amount of liquefied natural gas, making it possible to fill the reserves and cope with the unusual cold wave that hit Central Europe in December. Compared to the beginning of the month, the prices of gas futures have fallen by 33%. Both the gas prices and industrial production usually fall at the end of the year due to the holidays, but this year, according to Bloomberg, consumption has already been significantly contracted, and the probability of significant growth next year is rather low.

Germany recently opened its first LNG terminal, with more to come soon both there and in other countries. The French transmission system operator has announced that the probability of electricity shortages in January has decreased thanks to the increase in nuclear and hydropower production and the decrease in consumption. But the clouds of worry have certainly not dissipated in anticipation of next year. Markets fear that if a cap is imposed on gas, sellers may send their LNG shipments that are essential for Europe to Asia. A decrease in supply would push prices up again. Bad news from Russia also has a significant impact. The only gas pipeline still supplying Europe with Russian gas and running through Ukraine had an explosion on Tuesday, which immediately led to an increase in prices, although the volume of supplies did not decrease as a result.

Adding to the stress in Europe is the worst winter storm to hit the United States in a decade, bringing heavy snow, high winds and sub-zero temperatures. Among other things, the storm is threatening to temporarily interrupt LNG supplies that are essential to Europe. More than 43 of the more than 100 million tons of LNG delivered to Europe so far have come from the United States. China, which has announced the long-awaited easing of COVID-19 restrictions, one of the goals of which is to get the industry back on track, is likely to start competing more on the world market for LNG. The first to react to this was the increased price of oil, but the opening of society will certainly increase the need for other energy products, including natural gas. Competition for Europe is also provided by Japan who has signed a long-term LNG supply contract with Oman and the US.

Germany is struggling to replace Russian crude oil as well as their natural gas. The country has promised to stop buying Russian oil in the coming year and to focus primarily on raw materials from Kazakhstan. At the same time, it is not enough to replace the entire volume, and Russian pipelines are also needed to transport raw materials. Germans were somewhat cheered by the weather forecast published before Christmas, according to which warmer than average temperatures await Central Europe over the next three weeks, leading to a decrease in energy demand. Germany’s energy consumption rose to an annual record high two weeks ago due to a cold wave, although the reduction in consumption has been around 12% over four years. But this may not be enough to cope with the energy crisis, because the country’s gas consumption should decrease by 20% on average. This number is important especially in view of next winter, so that European gas reserves are not used up too much and can be filled again in the summer. According to Eurostat, Europe as a whole has achieved this goal.

Europe in the energy crisis has repeatedly emphasized the need to make electricity production greener, but in this case it would not be possible to ensure electricity supply in the Old World without coal. Germany, the country with the largest economy on the continent, is burning black fossil fuels for energy production this year to a greater extent than in the last six years. Coal accounted for a third of their energy production in the third quarter, being over 13% more than a year earlier. Coal imports will increase even more next year.

Following Russia’s decision to cut off supplies of natural gas to Europe, which had provided cheap energy, there have been several positive effects, primarily manifested in the acceleration of the development of renewable energy. There are new wind farms in Estonia either already under construction or with a positive investment decision this year in the same volume as the total number of wind farms built in Estonia so far. There are about 320 megawatts of wind farms in Estonia as of the end of 2022, and there are another 320 megawatts under construction or with an investment decision. As the newest of these, Enefit Green announced on Friday the decision to build their Sopi-Tootsi Wind Farm with a capacity of 255 megawatts, starting production as early as 2024.

Wind farms in Great Britain produced a record amount of electricity this year in the context of Europe, and the share of renewable energy in Germany increased despite the dominance of coal. In just eight years, Europe should be producing 45% of its electricity from renewable sources.

The weekly average price of CO2 was 88.8 €/t (-1.7 €/t compared to the previous week). Prices were slightly lower due to reduced demand (warmer weather forecast) and a pause in quota auctions from 20 December to 9 January.

Eesti Energia’s plants in Narva were on the market last week with 911 MW. As the weather is warm and the market demand is lower due to the holiday season, Enefit Power is taking the opportunity to change the dust filters of the boilers of its two power plants. These two are therefore operating at half capacity. According to current plans, Auvere Power Plant will return to the market on 7 January.