Energy Market Overview 24.10.2022: What is the electricity price pain threshold for businesses? 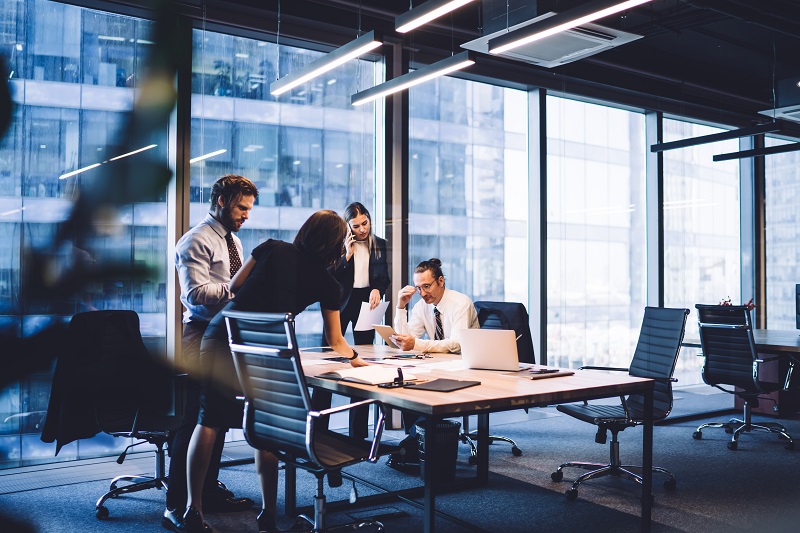 The energy crisis forces countries to look for solutions to problems that have already arisen or may arise with the arrival of winter they have not had to face so far. While private consumers are protected by various measures in Estonia and in several other countries, the situation of entrepreneurs can become significantly more complicated as the energy deficit worsens.

The Olkiluoto 3 nuclear reactor in Finland, after reaching its maximum capacity of 1,600 megawatts during testing in recent weeks, reported damage to the water pumps of its turbines last week, so the plant was stopped and test mode would probably resume in mid-November.

The start of operation under market conditions was thus postponed until the end of December. Olkiluoto is expected to be of great help in case of power shortages that may occur in winter. The Finnish network operator Fingrid has warned that without the planned operation of the reactor, electricity supply disruptions may hit the country in the winter. In light of this news, Elering warned that the risk of power outages also in Estonia in the coming winter is greater than ever before.

If you count the reserve plants of network operators in the Baltic countries, a power cut in Finland should not be automatically transferred here. At the same time, it is important to know that backup stations will be put into operation only when the demand in the market is not covered by the supply. In such a situation, the electricity price will be the regulated maximum, which is currently 4,000 €/MWh. Both in Finland and in the Baltics, backup stations mostly run on gas, so another assumption is that there will be enough gas in such a situation.

Private consumers in Estonia are protected against the maximum market price with universal service, but companies should definitely think through their pain threshold and assess at what price level they would start limiting their electricity consumption. It would be good to inform electricity suppliers about this, because then it would be possible to forecast the peak demand better. Every megawatt counts when determining the price of peak moments.

Europe is doing what it can. And hopes for the best

Europe is still jointly looking for ways to mitigate the effects of the deepening energy crisis. As of last Friday, measures to cut high price peaks, European Union joint energy procurement to achieve a better price, and setting a price limit for gas intended for electricity production were on the desk. Member states’ energy ministers will meet again this week to hammer out the details of possible plans. The stakes are high, as countries have already spent more than 700 billion euros to help their citizens, businesses and energy companies. Compared to the extremes in August, the price of gas has dropped significantly, but compared to the five-year average, it is still more than three times higher than usually at that time. Competition for liquefied natural gas (LNG) may intensify in the near future, as China has banned state-owned gas importers from reselling LNG to other countries.

The average gas price for the week was 118.9 €/MWh (-34.5 €/MWh compared to the previous week). Gas prices fell due to milder weather forecasts and good load of European Union gas storage facilities (93%).

Facing a difficult winter, the risk of power outages in France may increase if energy workers there fail to reach an agreement on pay conditions and strikes continue. It is critically important for France to get its numerous reactors up and running, because in addition to the country itself, several of its neighbours such as Germany, Italy and the United Kingdom, which in the past have been heavily dependent on cheap Russian gas, are counting on French electricity imports. Strikes have already delayed the commissioning of several reactors that have been under maintenance since last December. Only 29 of the 56 reactors of Electricite de France, the world’s largest nuclear power producer, are operational. Last week, their output was 27.8 gigawatts, but by the beginning of next year, they hope to increase it to 45 gigawatts.

According to the winter forecast of the European Network of Transmission System Operators (ENTSO-E), it is precisely France, together with Ireland, that is at the greatest risk of power outages. According to the analysis, the most difficult months for Europe will be January and February, but France and Ireland may face problems earlier. The main reason for France is lower-than-usual nuclear power production.

For the same reason, Finland and Sweden are in a difficult situation due to longer-than-planned maintenance of their Olkiluoto 3 and Ringhals 4 nuclear reactors. In addition, southern Sweden and southern Norway will be affected by a lower-than-usual hydropower capacity, if the winter is dry. Lower electricity production in the Baltic Sea region directly affects energy prices in Estonia. Sweden’s new government has already announced that the state-owned company Vattenfall must immediately start planning for the construction of a new nuclear plant and consider options for restarting the closed Ringhals 1 and Ringhals 2 reactors.

Last Monday, German Chancellor Olaf Scholz put an end to the issue that had divided the government over the future of nuclear power plants, deciding to keep the country’s last three nuclear reactors in operational reserve until next April. These plants covered 12% of Germany’s electricity needs last year. According to the German transmission system operator, the country’s more than 96% full storages will help survive the winter, but rather harsh conditions must be met for this: 1) gas must be saved by 20%; 2) three new LNG terminals must start working at the beginning of next year at the latest; 3) the expected decrease in electricity imports and the expected increase in exports must be moderate. A mild winter would help a lot as well.

The difficulties in Germany threaten to slow down the green revolution not only in the country itself but also in the regions that Germany has promised to support in the energy revolution. If last year they promised to support developing countries with 6 billion euros annually until 2025 to carry out the green revolution, then in the very first year it remained at 5.3 billion euros. The situation may not improve, because the budget of the Ministry of Development, which is responsible for climate investments, is planned to be cut by at least 15%.

At the same time, Germany is facing a situation where billions of euros could be wasted by developing LNG capacity instead of more sustainable solutions. According to a recent study, an additional 200 billion euros may be needed for gas imports at the end of the decade, while making buildings more energy efficient could neutralize the additional need for LNG.

However, NATO member Türkiye has turned to Russia with a desire to build a second nuclear power plant. According to Rosatom, negotiations are underway with Türkiye to build a nuclear plant with four reactors on the Black Sea coast in Sinop. At the same time, President Recep Tayyip Erdogan supports Russia’s proposal to build a hub for natural gas exports to Türkiye.

The weekly average price of CO2 was 67.6 €/t (+0.3 €/t compared to the previous week). The quota prices remain within the range of 65-70 €/t, because the market is waiting for further political decisions of the European Union regarding energy markets and the supply of additional quotas.

Eesti Energia’s plants in Narva were on the market last week with 560 MW. Availability was mainly affected by the long-planned repair of Auvere Power Plant, lasting until mid-November, as well as minor maintenance jobs in other production units.