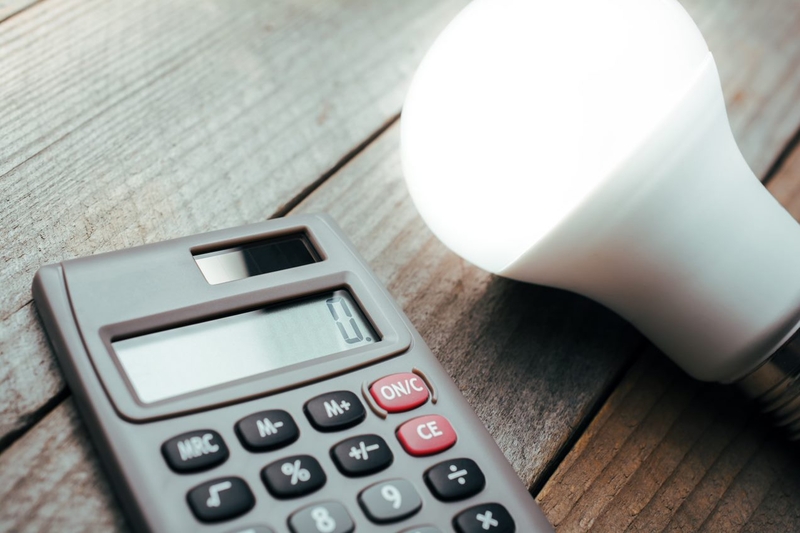 The cooler weather that arrived last week increased electricity consumption in Estonia and neighbouring countries, and thus the market prices. Good news was announced by NordPool – a second auction round to the electricity exchange will be added in December with the aim of preventing extreme price peaks in the future, similar to the ones we saw in August.

The average price of electricity last week in Estonia was 238.8 €/MWh (+90.0 €/MWh compared to the previous week). The cheapest hour was on Tuesday midnight with 108.82 €/MWh and the most expensive one on Wednesday afternoon at 3 o’clock with 549.91 €/MWh. The increase in electricity rates was influenced by colder weather, leading to an increase in consumption in all countries of our region. In Estonia, for example, 12% more electricity was used compared to the week before. Prices were also boosted by a temporary reduction in supply until the middle of this next week by Swedish hydropower producers. Namely, when the cold arrived, they reduced the speed of the water flow so that a permanent ice cover could form on the water bodies more quickly.

NordPool will add a second auction round to the day-ahead electricity exchange in December. It will apply if the electricity rate rises above €1,500/MWh or falls negative by more than €150. In this case, the demand and supply for that hour will be again opened to market participants for correction. The aim of the second round is to avoid the price of €4,000 as it happened in August. A similar system is used in other European electricity markets, and its implementation in our region has been one of the recommendations to NordPool after the incident in August.

The Finnish transmission system operator Fingrid reiterated last week that Finland would most likely be forced to import electricity from Estonia and Sweden this winter. The reason is the electricity deficit in Finland, as Finland no longer buys electricity from Russia and there is still no certainty that the third reactor in Olkiluoto, which has been under construction for over ten years, will start operating as planned from the end of December. At the same time, it is known that both in the southern part of Sweden and in the Baltics, there will be a shortage of electricity in winter in case of high demand, in which case the only alternative is for the Finns to reduce their demand. In order to simplify the situation, Fingrid has started the registration of large consumers who are voluntarily ready to reduce their consumption as quickly as necessary in order to avoid a possible wider power outage.

Europe’s efforts to replace the gas supplies, cut off by the Kremlin, with liquefied natural gas have borne fruit, as the fullness of gas storage facilities is currently at an average of 95%. But short-term feverish efforts must be replaced by stability in the long term. According to a recent report by McKinsey & Co., US LNG sellers want to tie buyers in Europe to 15-year contracts in order to secure supplies, being three times longer than European countries would like. There is enough gas in North America that they are willing to offer at a reasonable rate, but developers want to protect their multi-billion euro investments with strong long-term fixed-price contracts.

The European Union has a huge energy gap to fill. The goal of replacing two-thirds of Russian gas with LNG imports means an additional 50 million cubic metres of gas, which accounts for about 50% of US LNG export volume in 2021. However, the situation is confusing for Europe, as it is uncertain whether Russian gas supplies will ever continue, whether customers will adapt to high rates, and how the industry will cope when the main energy source is the significantly more expensive LNG. LNG production and transportation capability in the world will certainly increase if high prices remain. It is clear that Europe needs gas now, but ambitious climate targets may significantly reduce the need for fossil fuels by the end of the decade.

Europe is raising its climate ambitions even further

At the recent UN climate conference COP27, state leaders could not agree on the final abandonment of fossil fuels. Critics say the annual conference has made no meaningful progress since the 2015 Paris conference. The most important decision this time seems to be the agreement that developed countries will pay damages caused by climate change to developing countries. Frans Timmermans, leading the European Commission’s climate sector, said that the goal of reducing emissions in 2030 compared to 1990 would be increased from 55 percent to 57 percent in Europe.

The average gas price for the week was €116/MWh, which is by €5.5 more than the week before. Gas rates rose due to cold weather and supply constraints. European gas reserves are currently very high, but as the cold weather persists, they will start to decrease again, which means that LNG carriers will have the opportunity to bring more. But the fear is that when the real cold comes, the reduction of reserves will be faster than their filling, and therefore the price of gas will still go up.

Germany is ready to spend EUR 665 million per year to lease and operate five LNG regasification and floating terminals until 2038. The first of them was completed last week. To alleviate the high rates, the German government started subsidizing the price of gas last week. Their energy crisis mitigation package provides for a total of EUR 200 billion, half of which is intended to compensate households and companies for the price of gas. Although gas rates have fallen due to the unusually warm start of winter, they are expected to rise in the coming weeks. A significant part of the money needed for relief is planned to come from the taxation of additional profits of energy companies, affecting renewable energy producers the most as their profits have been exceptionally high. According to the plan, the state would collect up to 90% of the profit earned above the limit set by the government.

In order to improve energy security, European countries are taking steps to nationalize critical energy infrastructure owned by Russian companies. On Monday, Germany and Poland announced the takeover of gas companies previously partially or fully owned by Gazprom. These steps will probably not go without problems, because Gazprom may take legal action, and a large part of the costs will have to be paid by taxpayers in the end.

As positive news, various analysts estimate that the situation of European gas reserves will turn out to be significantly better than feared, primarily supported by the unusually warm weather that lasted until last week. Successful efforts to save energy on the one hand, and smaller than expected Chinese imports on the other hand, create a situation where European storage facilities should be filled to the extent of 30% by spring instead of the previously predicted 21-23%. By the time the storages are filled next summer, Goldman Sachs forecasts a gas price of 124 euros per megawatt, being 55 euros less than the company’s previous outlook. But a lot definitely depends on how cold the winter will be in Europe.

In recent weeks, the effects of the energy crisis on the real estate market have also been discussed in Estonia, but these have reached Sweden in a somewhat unusual way. Namely, the house prices are decreasing as the price of electricity increases, with the most affected region being southern Sweden for which the TSO has issued a warning of possible power cuts for the coming winter. While real estate prices have fallen by 3-4% in the cheaper northern market regions, the fall has been twice as great in the south.

Saudi Arabia is sticking to OPEC+’s promise to cut oil exports. In November, Riyad cut exports by nearly half a million barrels per day and the organization by more than 1 million barrels in total. OPEC+ has promised to reduce production by 2 million barrels. For Europe, the fuel crisis is currently expressed primarily in the high price of diesel fuel, one of the reasons of which is considered to be excessive comfort. This has manifested itself in reliance on imports and underdevelopment of refining capabilities. According to forecasts, spring will be the most difficult with European diesel stocks decreasing to the lowest level in 12 years, and the price will continue to rise with it. However, oil storages have not been as empty in the last 18 years as they are now, the IEA has informed. The organization also downgraded its outlook for global oil demand next year, citing factors ranging from the recession to Europe’s energy crisis and a strong U.S. dollar. In addition, the market was affected by the increasing number of cases of COVID-19 in China.

Eesti Energia’s plants in Narva were on the market last week with 585 MW. The scheduled maintenance of the power generation facilities managed by Eesti Energia has mostly been completed for this winter, it is nearly ended in Auvere as well. According to the initial plans, Auvere was supposed to enter the market on Friday, 18 November, but during the long annual maintenance and modernization, additional work was revealed that must be done for the launch. Auvere should start operating again this Thursday.