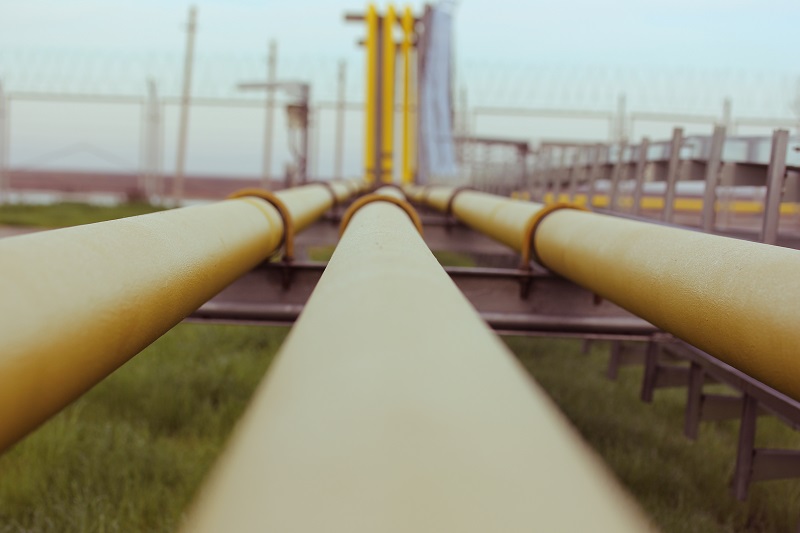 Warm and windy weather has led to lower electricity prices across Europe, but winter, not to mention the energy crisis, is far from over. February, which is statistically the coldest month, is yet to come, and a drop in gas prices could pose additional challenges.

The average price of electricity last week in Estonia was 80.8 €/MWh (-24.0 €/MWh compared to the previous week). The cheapest hour was on Thursday night at 4 o’clock with 0.01 €/MWh, basically for free, and the most expensive one on Monday, 9 January, morning at 9 o’clock with 175.68 €/MWh. Warmer weather and an increase in wind power output helped bring down electricity prices across the region.

Exchange rates have therefore been lower than the universal service price. The main reason is significantly warmer than usual weather in the entire Baltic Sea region, which in turn has favoured the reduction of gas prices and thus the reduction of electricity prices during peak hours. At moments of lower demand, abundant wind power has brought the prices close to zero.

But who dares to say that winter is already over? The backbone of winter was broken at the weekend according to the national calendar, but statistically February has been the coldest month. This means that we should still be ready for some more serious cold waves, but prices should not rise as high as last autumn, because the current situation of gas reserves in Europe is significantly better than feared.

The price of natural gas fell even more compared to last week, and an average of €68.3 had to be paid for one megawatt hour. It will continue to fall due to warmer and windier weather. A gas pipeline that supplies gas to Northern Lithuania and Latvia exploded in Lithuania on Friday. According to Elering, the accident in Lithuania does not affect the security of Estonian gas supply. The explosion is considered an accident.

In the energy crisis, Europe managed to avoid the worst last year and enter the new year in an optimistic mood. What 2023 will bring is far from clear, and there is still a risk that it will turn out to be more complicated than the last one. The International Energy Agency (IEA) has been warning for months that the restoration of gas reserves in the coming summer may be significantly more difficult than last year. The main reason lies in Moscow. Even if Russia does not turn off the taps of natural gas going to Europe for good, significantly less gas will be obtained from there than last year.

Kremlin’s gas deliveries began to seriously dry up in September after the Nord Stream explosion. Before that, enough gas was flowing to give major consumers like Germany and France the opportunity to significantly rebuild their supplies. Even if supplies continue in a small volume via Ukraine and Turkey, 20 billion cubic metres less natural gas will reach Europe compared to last year. This corresponds to the current capacity of German storage facilities.

Europe has managed to find alternative solutions. Norway has increased its output by 9 billion cubic metres, but even after investing €30 billion in new fields, current production levels can be maintained for the next four to five years, but not increased. A significant help has come from liquefied natural gas, most of which in 2022 moved to Europe from Asia where consumption remained low due to China’s strict corona policy. Beijing’s plan to ease restrictions will significantly increase competition and the price of LNG on the world market.

In total, Europe imported 115 billion cubic metres of LNG in 2022, of which 53 billion came from the United States and 21 billion from Qatar. The pipe gas gap left by Russia should therefore be filled with another Qatar, but international production does not catch up with demand that quickly. So the demand in Europe must decrease. According to Morgan Stanley Research, gas consumption in Western Europe decreased by 19 percent in November and by 12 percent in December. Primarily thanks to the warmer weather, but also to a conscious reduction in consumption. Thus, by the end of March, the storage level may remain at around 50 percent, twice as high as usual at that time. In this case, about 37 billion cubic metres of natural gas would have to be added to the storages during summer to reach the 96 percent capacity level we had at the beginning of this winter. For this, 20 billion cubic metres of gas would be needed less, which is exactly the same as Russia’s pipeline supplies last year. Such an outlook is a more optimistic realization of the scenarios predicted in autumn.

A drop in gas prices can create new problems

There is another problem that may befall Europe. The drop in gas prices, the high load of storage facilities and the decrease in demand have led to a situation where LNG ships brought to Europe at the beginning of winter may move elsewhere due to a better price. If Europe should be hit by a severe cold wave and consumption should rise sharply, supply difficulties may arise. And there is one more threat: falling gas prices may cause consumption to jump back to old ways. Finding a new equilibrium in terms of gas consumption and its price is still ongoing.

Europe is trying to get by without Russian oil, but ironically, it needs Moscow’s help. Namely, Germany is working to start importing oil from Kazakhstan, and for this it is necessary to use the Druzhba pipeline belonging to Russia. The Kremlin has expressed its readiness for this, but it would be extremely easy for Russia or their ally Belarus to find excuses for obstacles. As we know, the European Union has banned almost all seaborne oil deliveries from Russia since 5 December, but pipeline deliveries may continue. Germany has said it will not buy a single drop of crude oil from Russia this year, but crude from Kazakhstan may still mix with Russia’s on its way to the country’s refineries. No oil is currently flowing through the Druzhba pipeline closed for maintenance. Unlike natural gas, Europe does not have an oil deficit. The Brent world market price has fallen by 20% compared to the peaks in November, and a surplus may arise on the market instead. Russia is offering its oil at huge discounts and has found a buyer – China.

The reliability of France’s nuclear plants, which have received a lot of attention in the energy crisis in Europe, is still problematic. Electricite de France SA, operator of the plants, has announced that maintenance on its two reactors, which were supposed to start operating at the end of January, would continue at least until the second half of February. This power would be especially needed at the beginning of the second half of winter, because the current mild weather may not continue. In 2022, France’s nuclear plants produced 23 percent less electricity than a year earlier, making Sweden Europe’s largest electricity exporter while France became an importer. A total of 33 terawatt-hours of electricity was sent from Sweden to other countries, whereas Great Britain, Spain, Poland and the Netherlands became exporters as well.

The price of CO2 essentially did not change, paying €80.2 per ton. The region’s nuclear power output was 8.86 gigawatts last week, falling mainly due to maintenance work lasting until 5 February at the Olkiluoto 3 reactor currently in test mode. If Olkiluoto 3 gets it up and running this year, Finns can be optimistic about next winter, as the production of renewable energy has also grown significantly there. The total capacity of wind generators increased by 75 percent last year, reaching 5,677 megawatts. This corresponds to the capacity of 3.5 Olkiluoto plants. Since several farms were completed at the end of 2022 or will start operating this year, the share of renewable energy in Finland will increase even more.

Eesti Energia’s plants in Narva were on the market last week with 460 MW. All production facilities managed by Eesti Energia are available for the market this week.