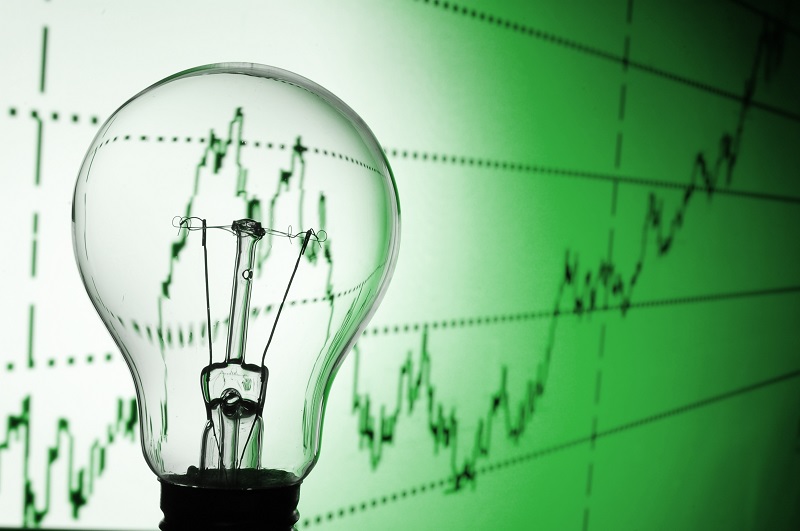 New Year’s Eve brought a heat wave to Europe, making electricity prices lower than normally seen in recent months. The market price of natural gas also fell to the level it was last before the Russian invasion of Ukraine.

The average price of electricity last week in Estonia was 104.8 €/MWh (+40.2 €/MWh compared to the previous week). The cheapest hour was on Sunday early morning at 6 o’clock with 9.92 €/MWh and the most expensive one on Thursday, 5 January, evening at 6 with 190.03 €/MWh. The price increase was primarily caused by the cooling of temperatures in our region, which is why consumption increased by 15% at the beginning of the week. However, the drop in the market prices of fossil fuels, especially natural gas, helped limit the rise in electricity prices.

Warmer weather will remain in Europe until the end of January

Europe is set for its warmest January in decades, a boon for consumers, politicians and central bankers grappling with the energy crisis. On New Year’s Eve, new heat records were set in Germany and the Czech Republic with temperatures reaching 16 degrees Celsius. The mild weather that surprised Europe at the end of the year is likely to be carried over into the new year, bringing the need for heating to a level lower than the average of the last ten years, according to analysts.

Weather forecasters have promised warmer weather than usual in Europe until the end of January. This allows countries to do the unusual in the middle of winter: to fill gas reserves instead of steadily draining them, thus creating a better launching pad for the next winter. As of 1 January, storage occupancy was 14 percentage points higher than the five-year average. Such a situation was last seen in 2020 when the decrease in consumption was due to the Covid-19 epidemic. As German families celebrated the Christmas, the state filled its gas reserves at a pace typically seen in summer months. In the last 10 days of December, 8 terawatt-hours of gas were added to the reserves, corresponding to the size of the total volume of reserves in Great Britain. European gas reserves have remained at 83% despite the consumption since Christmas.

Recalling the painful year of 2022, such a scenario would be a comfort to all. As we remember, gas and electricity prices set previously unimaginable records, pushing inflation to the highest levels in decades and economies to the brink of depression. In order to restrain the prices, central banks have had to raise interest rates, dealing an additional blow to purchasing power.

The pressure resulting from energy prices has now subsided, at least for a while. With gas supplies holding steady, the risk of anyone getting into trouble in Europe during the remaining cold months has been greatly reduced. And the more gas is left for spring, the bolder we can face the next winter. The risk reduction is also reflected in the market price of gas. In the middle of last week, the market price of gas fell to the level it was last in October 2021, being half the average price of 2022. The average gas price for the week was 71.3 €/MWh (-10.5 €/MWh compared to the previous week).

Let’s not cheer before the spring, but European gas reserves have remained stable so far

Despite the moderate optimism, we should not cheer before the spring, because as we have all experienced, weather changes can be sudden, and a few weeks of cold would immediately lead to concerns about the rapid depletion of gas reserves, which could quickly push up the price of gas. The situation of gas supplies in Europe is not quite worry-free either. Although imports from Russia have fallen by 80% compared to the same time last year, ING bank has warned that the remaining deliveries could end as well. Replacing Moscow’s volumes would be difficult, despite the fact that major European consumers, led by Germany and Italy, are rapidly developing a capacity to receive liquefied natural gas. Although this year’s warm winter in Europe is positive from the point of view of coping with the energy crisis, it is another point of observation in the time series of global warming. In the long term, countries around the world need to think even more than before about how to solve the energy economy in such a way that the world does not have to warm.

The beginning of the year is a time for making summaries. France’s nuclear energy, which caused a lot of talk last year, set a negative record. On a year-over-year basis, output fell 23% to 278.3 terawatt-hours, the lowest figure since 1989. It was no wonder why the local transmission system operator warned the country about power outages. Fortunately, nuclear plants have been repaired since Christmas so much that France has been a net exporter of electricity again since the end of the year. At the same time, Finland’s nuclear production increased to a record 24.3 terawatt-hours in 2022, driven primarily by the start-up of the 1.6-gigawatt Olkiluoto 3, albeit still in test mode. The plant should start in normal mode on 8 March. Additionally, Finland built more than 2,400 megawatts of new wind power capacity last year, which started operating at the end of the year. In Britain, an average of 23% of energy was produced from wind last year, helping to reduce the country’s dependence on fossil fuels. Norway became Europe’s largest supplier of natural gas in 2022 and will remain so in the current year.

The weekly average price of CO2 was 80.8 €/t (-9 €/t). The slight decrease in the quota price was primarily influenced by milder weather, which reduced the need to use fossil fuel-based power plants to cover consumption. The need for them was also reduced by the large production of renewable energy from wind. Among the nuclear plants in the region, the Swedish Ringhals 4 is still under repair, to be returning to the market on 23 February. Finland’s Olkiluoto 3 operated at limited capacity until 6 January, but continued to produce electricity at maximum capacity until 10 January. After that, it will be shut down until 5 February to inspect the problematic turbines, and from 10 February until early March, it will again operate at limited capacity until regular production resumes.

Eesti Energia’s plants in Narva were on the market last week with 500 MW. Auvere Power Plant returned to the market earlier than planned, starting operations already on 31 December.