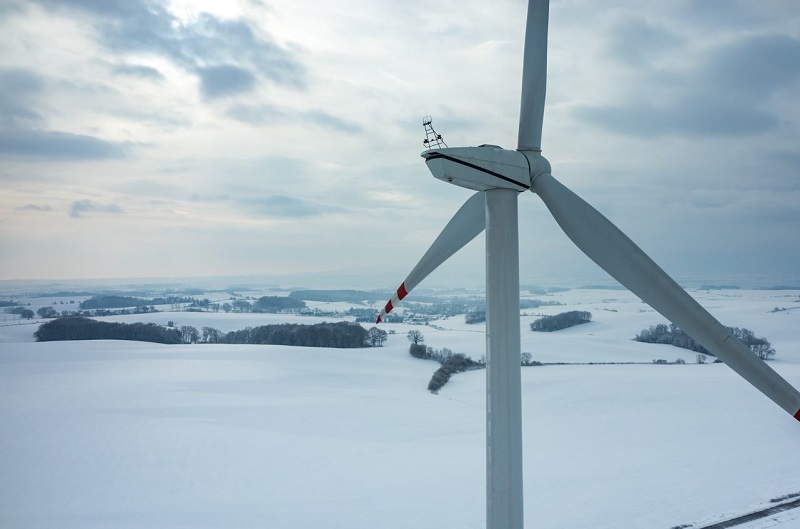 The warm and windy weather as well as lower energy consumption during the holidays made it possible for both Estonia and Europe in general to enjoy electricity prices with the minus sign at times and to fill gas reserves instead of emptying them.

The average price of electricity last week in Estonia was 64.6 €/MWh (-114.1 €/MWh compared to the previous week). The cheapest hour was on the night of New Year’s Eve at 4 o’clock with -0.04 €/MWh and the most expensive one on the evening of Wednesday, 28 December, at 5 o’clock with 231.99 €/MWh. The prices were primarily affected by lower demand across Europe due to the holidays, which in turn was amplified by slightly warmer than usual temperatures and quite high wind energy output in our region.

The LNG carrier in Finland allows some relief in terms of security of supply, although the price impact remains to be seen

The most important event in the Gulf of Finland region took place last Wednesday, when a floating LNG terminal named Exemplar with a capacity of 68,000 tons of liquefied natural gas arrived in the port of Inkoo, after which preparations for the start of deliveries began. Just a week earlier, the operator of the Finnish gas network had announced that the construction work which began in August to receive the ship had been completed. The carrier with its ten-year contract will supply gas to Finland and the Baltic States. This is great news in terms of security of supply, because there is no longer any reason to fear that gas could run out in the Baltics or Finland during high consumption.

It also neutralizes the risk of operational reliability of the gas pipeline Balticconnector connecting Finland and Estonia, as the Finns now have their own LNG supplies, and if Finland does not supply the Baltics, the latter can manage with LNG from Klaipeda. Gas will not immediately become cheaper for us as a result of this news, as LNG must be purchased from the world market at world market prices. However, the opening of yet another LNG terminal in Europe is a next step in a long process that will eventually free Europe from dependence on Russian gas, after which gas prices will fall.

Before the New Year, electricity prices fell to their lowest levels in recent months by turning negative in some nights for Central Europe. In addition to the Baltic Sea region, the electricity price was negative in the Netherlands, Denmark, Germany and France. It was mainly influenced by lower energy consumption related to holidays, warmer than usual temperatures, very favourable wind conditions and improved hydro balance.

Although the first winter months have passed more easily than feared in the whole of Europe, the pre-war situation is far from restored, and countries and energy companies are making efforts to survive the coldest months of January and February as painlessly as possible. The holiday period, together with temperatures nearly eight degrees above normal, gave power producers the opportunity to carry out maintenance or stop production to save fuel. For example, French energy giant EDF announced that it had temporarily shut down seven nuclear reactors to conserve fuel in anticipation of colder weeks ahead. A total of 6.3 gigawatts were withdrawn from the market, but despite this, the daily average prices remained dozens of times cheaper than a week earlier. At the same time, the risk of controlled power outages has decreased in Europe, not considered probable before the second half of January in France who was probably the most concerned about it.

The average price of gas for the week was 81.7 €/MWh (-15.6 €/MWh compared to the previous week), and slightly more gas has been added to the European Union’s gas storage facilities since Christmas than has been used. As a result, gas reserves have risen again to slightly over 83% on average. In the context of the whole of Europe, the average reading of 83 percent is as much as 30 percentage points higher than normal. The European Union has previously stated that if the gas storages are 50 percent full by the end of the heating season, we can look more optimistically towards the next winter, which until now has been feared to be more difficult than the current one.

Around 15 January, the equator of the heating season will be crossed in a large part of Europe, and if the second half of the winter does not turn out to be unusually cold, we can already be moderately optimistic. The drop in gas prices was mainly affected by warmer-than-usual weather and lower holiday consumption. The price of natural gas, which fell below 80 euros per megawatt hour at times, was last at this level before the Russian invasion to Ukraine last February – a significant achievement considering that the coldest months of the winter are still ahead. Despite the short cold spell in mid-December, the weatherman has cared for Europe in this winter’s energy crisis. On the last day of the year, the temperatures in Germany rose to 16-17 degrees Celsius in some places, which according to Maxar Technologies is more than 10 degrees higher than the 30-year average.

Finland’s most powerful nuclear power plant Olkiluoto 3 resumed testing after the holidays with variable output capacity and partially replaced feedwater turbines that cracked due to rapid load changes during the first tests. In the first week of this year, the plant should contribute a total of 422.4 gigawatt-hours to the output of the Nordic countries. There will then be an inspection break of four weeks, during which the device will not produce energy. Testing should continue in February at almost full capacity, increasing the supply of electricity to the market and reducing prices. The start of regular electricity production is planned for 8 March.

The weekly average price of CO2 was 88.8 €/t, the same as last week. Eesti Energia’s plants in Narva were on the market last week with 325 MW. Auvere Power Plant returned to the market earlier than planned, starting operations already on 31 December.