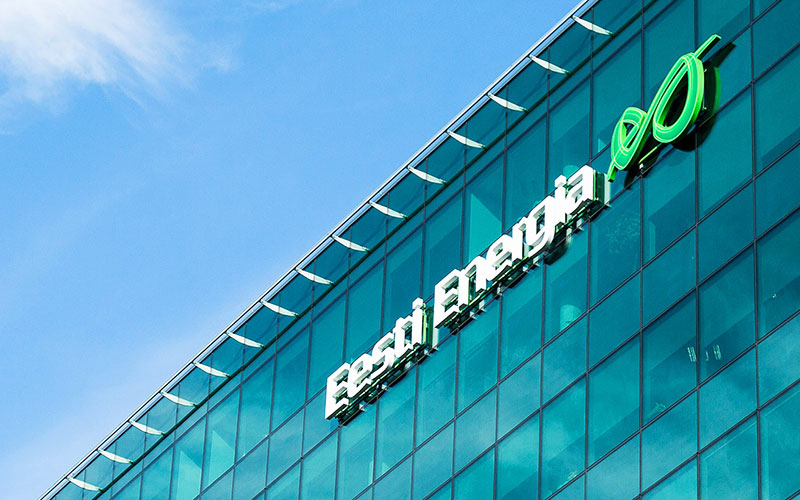 The average exchange price of electricity last week in the Estonian price area was 385.3 EUR/MWh, being 8.8% lower than the week before. On the other hand in Latvia, Lithuania and Finland, the average exchange price continued to increase. The Estonian-Latvian transmission capacity was limited to 600 MW during the peak hours from Wednesday to Saturday last week, which led to Finnish prices being equal to Estonian prices throughout the week.

The cheapest exchange price of the week was in the early morning of 22 August, being 2.38 EUR/MWh between 3 and 5 o’clock.
The hour with the highest price was on Friday, 26 August at 7-8 o’clock in the evening, rising to the level of 770 EUR/MWh.

The price of natural gas, which the week before last reached a record price of 261 EUR/MWh, continued to grow last week as well, reaching 339 EUR/MWh on Friday. The continued rise in the price of natural gas raises the price of electricity produced at gas plants in the Baltic countries as well as elsewhere in Europe, affecting peak hour prices due to gas plants being put into operation when other and cheaper production methods have been used up. Partly because of high prices, but also in order to save gas for the winter, not all gas plants participate in the daily electricity production.

Market experts predict even higher gas prices for autumn. Gazprom has stopped gas supplies in Nord Stream 1 from 31 August to 2 September due to maintenance. The Russia’s state-owned gas company has signalled that supplies should continue at current levels after the maintenance, unless there are technical problems, but there is still a risk of supply disruptions. Currently, the pipeline is operating at only 20 percent of its capacity, delivering 33 million cubic metres per day. At the same time, the company is burning huge amounts of gas at the Portovaja compressor station near the Finnish border due to low export volumes, since Russian storages are full.

The gas storages of the European Union member states are 79 percent full on average, while Germany and France have the largest numbers with 83 and 91 percent. French President Emmanuel Macron said that the coming winter would be survived with such an amount of gas. Market participants, however, fear that in case no more gas comes to Europe via Nord Stream 1 (NS1), it will be difficult to produce electricity next year. On Friday, German electricity futures for 2023 rose to 985 EUR/MWh, the price of French futures closed at EUR 1,130. These are exceptionally high numbers, which, if they persist, will affect the electricity prices in our region. However, if NS1 gas supplies are to recover after the maintenance, one could hope for a drop in futures prices for next year and a normalization of prices.

In the Baltics, the situation of gas reserves is the most critical. Latvia’s Inčukalns gas storage facility, which stores the gas reserves of the three Baltic states and Finland, is only 55 percent filled. Since August, there has been no more gas supplied to Inčukalns from Russia; Klaipeda’s LNG wharf is working at full capacity, but since gas is also supplied to the Polish gas network through it, the reserves of Inčukalns are nevertheless slowly decreasing. At the same time, it is known that the first LNG ship of Estonia and Finland is on its way and should arrive in December.

In the European emissions trading system, the CO2 quota price fell slightly, but still remained at a high level – at nearly 90 EUR/t. The price of the quota remains at an all-time high, as a greater use of thermal energy is expected in the autumn, given the low production of nuclear and hydropower and the reduction of Russian gas supplies.

Unit 3 of Finland’s Olkiluoto Nuclear Power Plant was commissioned on 26 August, and the plant is now operating at 60% (900 MW). The capacity will be increased to 80 percent in September, and in the beginning of October, the Finns hope to see the nuclear plant working at full capacity.

Norway cannot reduce their electricity exports to help curb domestic electricity prices, Norway’s energy market regulator has said. “The agreement between Norway and the European Union allows for export restrictions if the relevant conditions are met. In our view, security of supply is such an important argument, while protection against high prices is not,” the Norwegian regulator said.