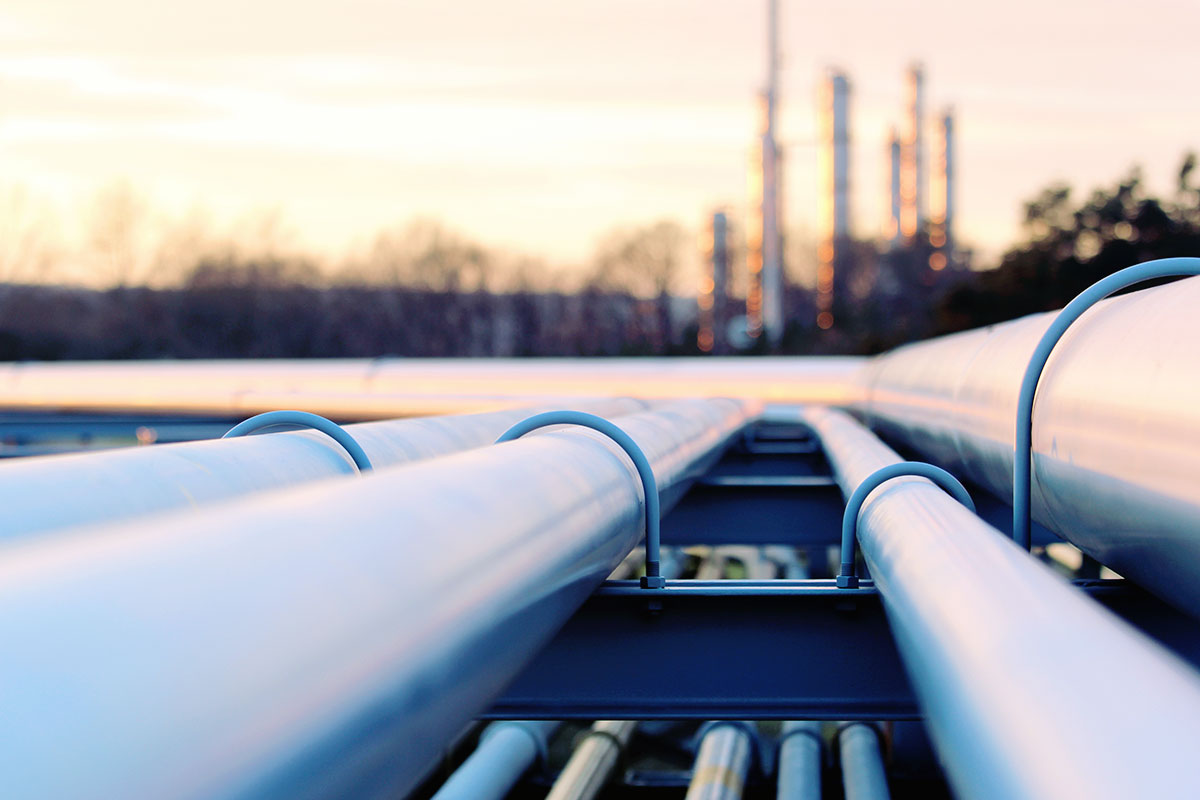 The exchange price of electricity in Estonia rose by more than half last week, as the connection with Latvia was restored and cheaper electricity was able to cross the southern border. Like most countries, Finland is anxiously looking towards winter with their transmission network operator Fingrid warning of power outages. Despite the fact that Unit 3 of their Olkiluoto Nuclear Power Plant is going to reach full capacity in the coming weeks.

The average price of electricity last week in Estonia was 225.6 €/MWh (+83.9 €/MWh compared to the previous week). The Estonian-Latvian cable, which had been limited to 676 MW for a while, was back at 900 MW last week, thus increasing the demand from Latvia. Electricity was the cheapest on Friday, 23 September, when between 2 and 3 o’clock at night we had to pay EUR 46.9 for a megawatt-hour. However, electricity was the most expensive on Wednesday morning between 9 and 10 o’clock, when a MWh cost EUR 527.66.

Gas prices have fallen for four weeks in a row

Gas prices in Europe continued to fall last week due to the efforts of European countries to fill their storage facilities as much as possible before the winter. The storage level in Europe is currently at 87% on average. In addition, several LNG carriers are on their way to Europe from the United States, three of which are expected to arrive in early October. The average gas price for the week was 187.9 €/MWh (-14.0 €/MWh compared to the previous week).

LNG imports are one of the key components of solving the energy crisis, but the main question remains: how cold the winter will be and how big the energy demand will be in the conditions of limited gas supply. If the stocks are significantly consumed during the winter, their recovery may be seriously jeopardized due to the permanent interruption of Russian supplies.

According to Bloomberg, Russia plans to reduce pipeline gas supplies by nearly 40% in the coming years, but it has not been specified how the gas will be distributed between markets. Of course, nothing will get easier for Europe with this news. However, it is likely that instead of the European Union, Russia’s most important foreign markets will be Turkey and China. Although natural gas supplies to Europe via Nord Stream 1 have been interrupted, over 80 million cubic meters of Russian gas per day was delivered to Europe last week. As incredible as it was, it came through Ukraine. Compared to the past, it is only 10% of the amount that was delivered from Russia to Europe at the same time last year.

Germany, Europe’s largest gas consumer, is trying to increase its volume of LNG supplies. Germany’s hope lies in the United Arab Emirates, which Chancellor Olaf Scholz visited last week. As a result of Scholz’s efforts, the first LNG carrier from the Emirates will arrive in Germany at the beginning of next year. German industry is also being hit hard. For example, Volkswagen, the continent’s largest car manufacturer announced that due to high energy prices, it may move its production units from Germany and Eastern Europe to Southwestern Europe, Portugal and Spain, where the LNG infrastructure is significantly more developed. The seriousness of the situation is illustrated by the fact that large truck manufacturers are replacing gas with coal and fuel oil in their production. Many European fertilizer producers are also in difficulties, closing or suspending production units. The high price of fertilizers will begin to affect the price of food.

Having promised to increase its gas export capacity in previous weeks, Spain announced last week that the launch of an additional compressor station will allow them to deliver up to 18% more natural gas to France and thereby reduce France’s dependence on Russian gas.

The beginning of October is expected to be warmer than usual, bringing at least an average level of wind energy output in Northwestern Europe, making the start of the heating season somewhat milder for Central Europeans. LNG supplies to Europe may begin to be limited, however, by demand growth in Asia. A colder than usual winter is predicted for Japan, which may mean that the energy producers there may decide to buy LNG at the current exchange price and this way raise the gas prices even more. The exchange price of Asian LNG is already almost three times as high as the ten-year average. Thus, many energy producers in South Korea, for example, choose coal instead of gas.

There was also positive news from Asia last week. Namely, China may announce an additional 15 million tons of petroleum product exports to international markets in the near future. This is due to the slowdown in the country’s economic growth and the decrease in their domestic consumption.

Consumer confidence is decreasing in Europe with the corresponding index of the European area falling to a record low level in September. The reasons are not surprising: extremely high inflation and the upcoming winter energy crisis. According to economists, the region is facing an economic recession for the same reasons. In a year-on-year comparison, producer prices in Germany rose by 45.8%, having a direct impact on inflation. Countries across Europe are scrambling to help consumers, but at the same time they are facing struggling energy companies.

The most significant example of this is the takeover of the German energy giant Uniper from the Finnish company Fortum. Uniper’s business plan was built on brokering cheap Russian gas to Europe, but they now have had to quickly replace it with alternative sources of supply. Tens of billions of euros will probably have to be spent by Germany in the coming years to save Uniper. Unfortunately, this is only part of the high price that the whole of Europe has to pay for remaining dependent on Russia for energy. According to a recent study, the price of electricity in Germany may remain above 100 €/MWh until the end of this decade, after which renewable energy would play a greater role.

Part of the plan to reduce dependence is expected to be revealed this week when the European Commission publishes its roadmap for digitalizing the energy system. Its purpose is to reduce dependence on Russian energy carriers and significantly accelerate the development of renewable energy in Europe. The amount of investments is planned to be EUR 565 billion. It is important for Europe to maintain unity in this crisis situation, as its cracking will affect the credibility of the European Union around the world, warns Fatih Birol, Executive Director of the International Energy Agency.

Unit 3 of Finland’s Olkiluoto Nuclear Power Plant became the largest of its kind in the region over the weekend, reaching a capacity of 1,456 MW, or 90% of the planned level. The power of the plant should remain at 100% from the end of the week to the whole next week. During October, it is planned to carry out repeated tests of loading the plant up and down through the entire capacity. Olkiluoto 3’s more stable operation at full capacity is planned for November. Meanwhile, Finland’s transmission network operator Fingrid updated its electricity continuity outlook, warning that outages could occur this winter.

Our northern neighbors have been dependent on electricity imports from southern Sweden and Estonia for many years during peak consumption. Repairs to the Ringhals 4 Nuclear Power Plant in southern Sweden have been extended until the end of January, and Sweden has warned the region of possible outages this winter. According to Fingrid, a 5% lower peak consumption would reduce Finland’s electricity demand by 700 MW, which is the same as the capacity of the sea cable Estlink 2 connecting Estonia and Finland. The risk of power outages is greatest during cold weather when demand for electricity increases throughout the region. If Sweden, which otherwise used to be the region’s net exporter, cannot import electricity to Finland to that extent, and if there is a problem with Olkiluoto 3, there will be a lack of electricity in Finland during peak hours. Whether the lights will stay on in Finland depends at that moment on whether there is a free resource in Estonia that Finland could use.

The plants of Narva were on the market last week with 800 MW on average. Unit 3 of Eesti Power Plant will be under scheduled annual maintenance until next Friday, the remaining energy units will be available this week. The isolation test of the Lithuanian electricity system planned for Saturday was postponed and no threat to Estonia’s security of supply was created.

The weekly average price of CO2 was 69.6 €/t (-2.2 €/t compared to the previous week). The market fears that the economic downturn will reduce demand for CO2 allowances. Oil prices fell quite strongly: the weekly average Brent futures price fell to 89.8 $/bbl. This was due to the strengthening of the dollar and fears that sharp increases in global interest rates would trigger a recession and reduce fuel demand. At the same time, the decline was limited by Moscow’s mobilization in the war with Ukraine and the deadlock in negotiations to restore the Iran nuclear deal.