Energy Market Overview 17.10.2022: By limiting the price of energy, we must limit consumption 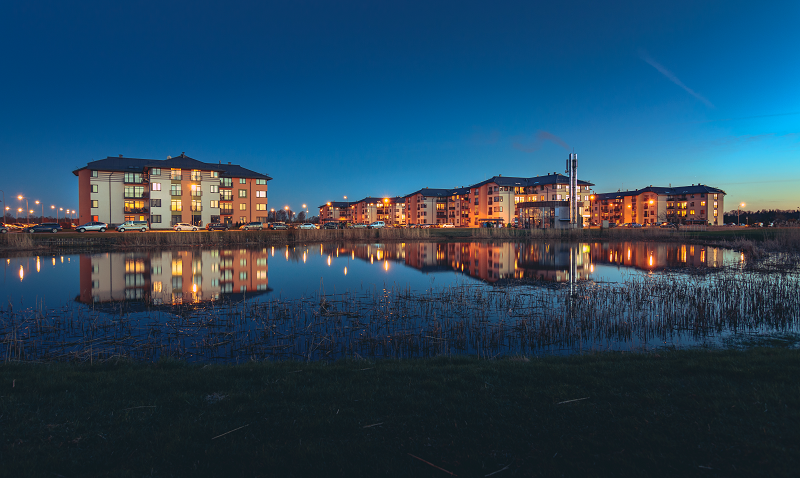 Both the European Union as a whole and its individual member states are desperately looking for ways to reduce energy prices before the winter – from price ceilings to floating power plants. Solutions must be chosen wisely, because more affordable prices do not encourage people to consume more wisely, and an increase in consumption increases the risk of worsening the energy crisis.

Europe’s efforts to reduce energy consumption this winter threaten to go down the drain, as the desire to mitigate the impact of rising fuel and energy prices with subsidies and price caps works directly against reducing consumption. Bloomberg refers to a study commissioned by Rystad Energy and Citigroup, according to which subsidies do not help alleviate the crisis much, because they do not encourage people to consume less energy and to do it in a smarter way, but in the worst case may create a higher than predicted demand.

An example of such a situation is Spain, where a cap was imposed on the price of gas in June, as a result of which the price of electricity is significantly lower than in other parts of Europe, but gas consumption jumped by 126% in July compared to a year earlier. Since electricity is now artificially cheap in Spain, neighbouring countries import it as much as possible. If the connections between Spain and France were not so limited, the impact on gas consumption would be even greater. Electricity in Spain was 69% cheaper than in France in August. If Europe decides to choose the route of limiting the gas price, it will inevitably be necessary to introduce restrictions on consumption as well. In the end, high prices are just a sign that there is a lot of demand but little supply. We must pay for what we consume, and if there is a desire to save consumers from paying the bills, politicians must decide who will pay them instead and when.

The price of oil remained in a downward trend last week, as signs point to a slowdown in global economic growth and further tightening of monetary policy. The price fell for four days in a row, being the longest such streak in the past year. However, the slowdown in economic growth and the combined effect of fiscal policy threaten to reduce energy demand. The inflation indicator, which has risen to the highest level of the last 40 years, will probably force the US Federal Reserve to raise the base interest rate even more. At the same time, the world’s largest oil importer China continues its zero-Covid policy that is cooling consumption there. Just a week earlier, the price of crude oil made a sudden jump when the association of oil exporting countries OPEC+, led by Saudi Arabia, announced that it would reduce production in the near future.

The severity of the energy crisis in Europe depends largely on how our winter turns out. The colder the weather and the longer the winter, the more the hard-earned gas reserves must be used. Last week, scientists from the Copernicus Climate Change Service updated their long-term forecast, according to which European temperatures should remain significantly above normal during the main heating period from December to February. However, according to the model of the American company Commodity Weather Group, the winter in Europe will be colder than last year and cooler compared to the ten-year average. In any case, all consumers must find ways to save, as natural gas prices are still more than four times higher than usual.

If a warmer than average winter is expected in Europe, a colder one is feared in China. The lion’s share of the natural gas purchased from Russia by Europe has been replaced with liquefied natural gas purchased from the world market, but a harsh winter in China, along with possibly eased corona restrictions, can also deal a blow to European energy prices, because China would also have to buy more LNG from the world market in this case. The Chinese have purchased it less than usual this year. However, European gas storages have reached an average load of 91 percent.

Germany is warning of blackouts and Britain has the lowest reserve capacity of seven years. According to the Oxford Institute for Energy Studies, blackouts and industrial shutdowns are not out of the question. The Germans received good news from their neighbours, the French, who for the first time started natural gas deliveries to Germany for which there was no technical readiness before. In addition, France has four LNG receiving terminals, plus pipeline connections to Norway and Spain.

to keep three reserved plants in operation until 2024, but another one to prepare for the continued operation of only two. The workforce is shaping up to be a major challenge for France’s energy giants, as unions prepare to stage a nationwide strike this week to raise wages. Due to the Russian energy attack, prices have risen significantly in France as well, and the situation is made even worse by the lower-than-usual output of Electricite de France’s 56 nuclear reactors due to maintenance and repair. Last week, only half of the nuclear plants were available. The restart of several reactors has been delayed for up to several weeks, and the strikes are doing little to speed up the process.

After the Nord Stream gas pipeline explosions, the gas market has been sensitive. In the middle of the week, the price made a sharp increase when unfounded rumours spread about the security problems of the Norwegian gas pipeline that has become indispensable for Europe. According to experts, any negative news concerning Norwegian supplies will begin to affect the price of gas. Markets also reacted with alarm when a leak in an oil pipeline connecting Russia and Germany was detected in Poland, which turned out to be an accident. The average gas price for the week was 153.4 €/MWh, being 14.1 €/MWh less than last week. Sanctions against Russia do have an effect, but fossil fuel exports still generate huge sums of money. In September, Russia earned $15.3 billion from oil exports, being 17.3% less than previous month. This is the lowest amount per month this year, but still more than last year’s average. The European Union will stop the import of crude oil on 5 December and the import of refined petroleum products on 5 February.

At the same time, Russian natural gas is moving in liquefied form to Europe, to countries that have imposed sanctions against Moscow. Russia is the world’s fourth largest LNG exporter after Qatar, Australia and the US, and has taken nearly 80% of its LNG produced this year to European and Asian countries that have imposed punitive measures on Russia in one way or another. According to forecasts, Russia will set a record with exports of liquefied natural gas this year. Such countries as Spain, Belgium and France have bought more LNG from Russia compared to last year. Natural gas supplies through Ukraine are still functioning.

A lonesome wharf is waiting for a ship

As early as tomorrow, the European Commission should come up with measures that could mean a temporary takeover of the electricity market by setting a price ceiling for gas used in electricity production. In Germany, the price ceiling may mean a reduction of up to 72 percent. According to Energy Commissioner Kadri Simson, stricter binding restrictions may be needed to reduce gas demand. There is supposedly a broad agreement between countries to organize joint procurements for the purchase of gas and to create a new price reference base. Countries are looking for relief from the crisis also independently. Renting floating power plants is considered to be one of the possibilities, which once again shows how difficult a situation European powers are in before the winter.

The Finnish transmission system operator Fingrid will use this year’s record overload revenue to cover its increased costs and to free customers from paying for network services in December. The company also plans to exempt customers from network fees in the first half of 2023.

Last week, the decision was announced that the new LNG carrier would sail to a quay in Inkoo, Finland. From the point of view of gas and electricity supply, it does not seem to matter at which quay the gas is brought ashore, whether in Estonia or Finland. Assuming that the quay in Inkoo will be completed as quickly as in Paldiski, the winter will be mild and the ice conditions will allow ship traffic. However, if Inkoo is delayed, it should be in the Finns’ own interest to receive the first LNG loads in Paldiski. In three weeks, 2.5 TWh of gas could be imported, which could determine whether there will be power cuts in Finland in the winter or not. For comparison, the Latvian gas storage where the Baltic and Finnish reserves are located is currently at 13 TWh or 54% full. According to Elering, consumers should be prepared for few-hour power outages also in Estonia if electricity production is limited.

The plants in Narva were available last week with 570 MW on average. Availability was mainly affected by the long-planned repair of Auvere Power Plant, lasting until mid-November. Other production units experienced minor short-term capacity constraints.