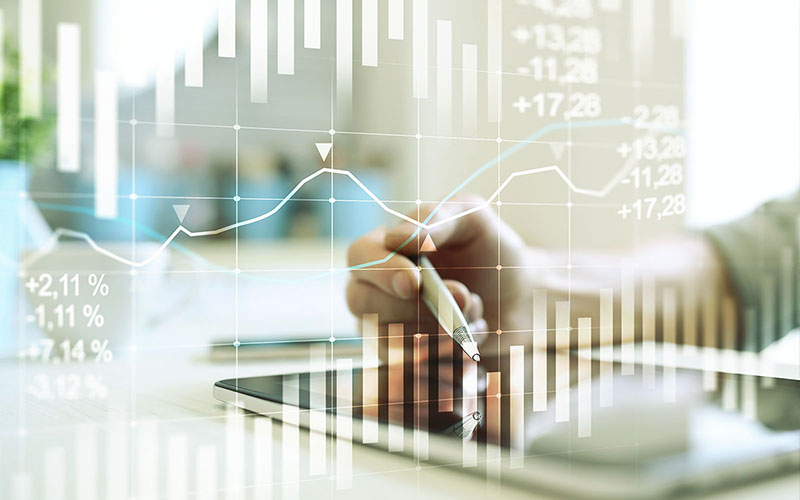 Windy weather helped to lower electricity prices last week, the exchange rate fell close to zero at times, but the increased wind output did not fully get to impact our prices due to maintenance work on the Swedish-Lithuanian submarine cable. Recent weather forecasts promise a milder-than-average winter, however, the threat of power outages in Europe has not disappeared.

The average price of electricity last week in Estonia was 148.8 €/MWh (+11.8 €/MWh compared to the previous week). The cheapest hour was on Saturday night at 1 o’clock with 0.09 €/MWh and the most expensive one on Thursday afternoon at 4 o’clock with 423.01 €/MWh. The whole region was windy and wind energy output therefore increased, but due to maintenance work on the submarine cable connecting Sweden and Lithuania, it did not fully get to our prices.

The weather forecast promises a mild winter for Europe

The price of natural gas continued to fall last week due to mild weather, remaining at €110.5/MWh and being €10.1 less than the week before. According to the forecast by European Union’s Copernicus Climate Change Service, temperatures in Europe could remain significantly above average this winter, providing significant relief to countries feeling the pinch before the heating season.

According to the latest data from Copernicus scientists, the temperatures in the coastal regions of the Baltic Sea, the Mediterranean Sea and the North Sea will almost certainly be higher than the historical average. Compared to a month ago, scientists are even more confident in this statement, estimating its probability at 50-60%. Eurasia Group estimates that, based on current weather models, gas reserves will be sufficient even if the beginning of 2023 turns out to be cold. At the same time, a lower amount of precipitation is also forecast, which will negatively affect river transport and hydroelectric power plants, as well as the ski season.

The reduction in consumption has made it possible to fill Europe’s gas reserves at a higher level than would have been expected in the summer, but it has had a negative economic impact, primarily in the form of a decrease in industrial production. Last week, the international steel producer ArcelorMittal announced that due to high natural gas prices, gas consumption in Europe has been reduced by 30%, leading to an 11.1% decrease in the company’s metal production in the third quarter compared to the previous three months. The weakening of the European economy is forcing ArcelorMittal to shut down some of its production units, as demand for steel in the region has fallen significantly. Steel use in Europe is forecast to fall by 7% this year, twice as much as in China that has been hit by severe corona restrictions.

Business activity is slowing down in other energy-intensive fields as well. The French energy company Engie SA announced that their largest customers in Europe have reduced their gas consumption by 20-30%. The reason is the reduction of production or the use of alternative fuels. The demand of smaller companies has decreased by 10-15%. For Europe, this means economic growth will essentially slow down to a standstill. In the European Commission’s latest forecast, the growth rate was lowered from 1.4 percent to 0.3 percent, while prices in the euro zone would grow by an average of 8.5 percent this year and 6.5 percent next year. Germany and Sweden will be hit hardest by the energy crisis with their economic growth turning negative.

Comparing to the period 2019-2021, natural gas consumption in Europe decreased by 25% in October led by Germany, France and Italy as the countries most affected by the end of Russian supplies. At the same time, both Engie and German energy company RWE AG reported strong nine-month profit numbers in light of significantly increased gas and electricity prices. Not all energy giants are faring well though. For example, Uniper SE reported a loss of EUR 40 billion for the first nine months. Uniper used to broker cheap Russian gas to Europe, but when Gazprom’s supplies ended, they were forced to look for alternative suppliers whose prices were of course more expensive.

Finland is looking for electricity savers

To avoid winter blackouts, Britain’s transmission system operator launched a new measure to pay energy retailers for not using electricity. The purpose of the program is to encourage customers to shift their electricity consumption from peak hours to times of lower consumption when production is tight. The network company hopes that this will reduce the burden on producers and the power network. France’s energy regulator issued an urgent plea to consumers this week to reduce energy consumption this coming winter to reduce the risk of blackouts. The problem is serious, because by the start of the heating season, only half of the country’s nuclear power plants are operational, and the import of Russian gas has essentially stopped. This has led to record-expensive electricity imports from neighbouring countries and can lead to blackouts during a very cold winter.

France also announced that it will collect EUR 30.9 billion over two years from renewable energy companies that have made record profits due to extremely high prices caused by the energy crisis. However, this will only cover a part of the country’s mitigation measures, as the French government plans to support households and companies with around EUR 100 billion this year and next. At the same time, Germany announced that it would subsidize energy prices with EUR 83.3 billion.

The next sanctions against Russia will come into effect in the coming months, but their impact is already being felt. First, the transportation of Russian crude oil by sea will end on 5 December. In addition to Russian-flagged vessels, EU-flagged tankers are also prohibited from importing it, and vessels involved in the Russian oil trade are not offered insurance or other services. The sanctions will cause a new challenge for Russia: if oil transport by European Union ships is banned, Moscow will not have enough tankers to transport its goods to the few remaining interested parties. Russia may need more than 200 more tankers, over three times more than in October. The greater need is due to longer sea routes to new customers. Since Russia’s largest export terminals are located by the Baltic Sea, the use of old vessels by Russia may lead to increased environmental risks for the entire Baltic Sea.

Germany is struggling to meet its hydrogen targets

At the COP27 summit, Fatih Birol, Executive Director of the International Energy Agency, condemned the recent decision of the OPEC+ community to cut production by 2 million barrels per day, as it could negatively affect the economies of countries around the world, especially developing countries.

Due to the uncertainty of Russian supplies, refineries around the world are buying crude oil from the Middle East for next year. Less raw materials from Russia means more competition between regions, which translates into higher prices. Although there are no sanctions on Russian LNG, Japan and South Korea for example have stopped buying it at market prices, while China has increased its purchases.

Germany, struggling with the energy crisis, is unlikely to be able to meet its hydrogen production targets by 2030. According to the plan, Germany should be able to produce 10 gigawatts of green hydrogen obtained from renewable energy, but the currently planned projects could only cover 5.6 gigawatts. Today, 0.95 gigawatts of green hydrogen are being produced. The issue is important because cleanly produced hydrogen is seen as a key to reduce dependence on fossil fuels, to decarbonize industry and transport, and to achieve the country’s climate goals. However, investments are held back by the fact that green hydrogen is not precisely defined by European Union, so companies are not sure whether possible investments will meet the criteria to be set in the future.

In the middle of the week, the Swedish energy company OKG stopped the operation of the country’s largest nuclear reactor, Oskarshamn 3, due to a turbine failure. A long-term failure of the 1,400-megawatt reactor could lead to blackouts in Sweden, the Swedish TSO warned. Fortunately the station was up and running by Thursday. The Ringhals 4 nuclear reactor has been out of order since the fall, and will not start operating until next year. The Finnish company TVO has not given a more precise deadline than the beginning of 2023 for the start-up of its Olkiluoto 3 nuclear reactor, which is also currently under repair until the end of December due to a turbine failure.

Eesti Energia’s plants in Narva were on the market last week with 590 MW. Availability was mainly affected by the long-planned repair of Auvere Power Plant, lasting until the middle of this week, as well as minor maintenance jobs in other production units. The weekly average price of CO2 remained at the same level as previous weeks, at 75.5 €/t (-2.2 €/t compared to the previous week).