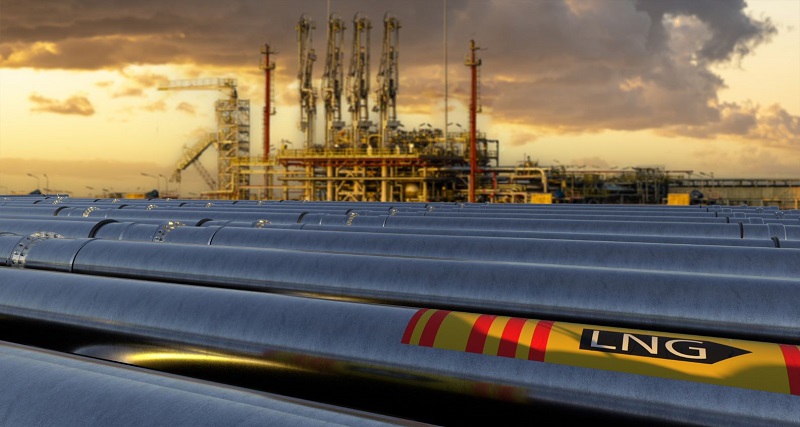 The arrival of the cold wave in Europe will test the mitigation measures for the energy crisis, accelerating the depletion of gas reserves. The situation in Scandinavia and the Baltic countries is complicated by the maintenance of three powerful nuclear reactors, which is why reserve power plants running on fuel oil were launched in Sweden today.

The average gas price for the week was 140.1 €/MWh (+7.5 €/MWh compared to the previous week) due to increased demand for heating. Similar to the previous weeks, the increase in electricity and gas prices continues to be influenced by colder and drier weather, as well as wind energy output that has remained quite low. At the same time, the winter months have been windier than the summer months, and this week has started exceptionally windy.

The average occupancy level of gas storage facilities in the European Union is 88% today, being 3 percentage points less than last week. Despite the stable growth of LNG imports, the decrease in gas storage levels may increase the risk of supply constraints, which, together with drier and colder weather forecast for the coming weeks, will continue to raise gas prices.

For several months, European countries have been preparing for a situation where they have to introduce emergency measures. Now it seems that moment is about to arrive. The northern part of the continent has been conquered by a cold wave, which, according to forecasts, will further increase its grip. According to Maxar’s forecast, the night-time temperatures will drop to -23 degrees in Scandinavia, and they will drop significantly below -10 degrees in Estonia as well. Electricity prices have not risen to €600-700 per megawatt-hour as in July-August, because the price of gas is still cheaper compared to that time, but even €400-450 is a price level that had never been seen before 2021-2022.

Countries are looking for solutions for the distant future, but difficulties will soon be faced. Britain has just signed a deal with the US that will ensure LNG supplies for next year, but the next few weeks and months will be the most critical. According to the agreement, the US should supply 9-10 billion cubic metres of LNG, corresponding to this year’s record amount.

The situation worries both consumers and energy traders, because this is a real test of Europe’s ability to cope after gas supplies from Russia were essentially cut off after the start of the war in Ukraine. The challenges are compounded by the fact that the French and Swedish nuclear plants have been out of order for a longer time than planned; both countries have largely relied on these production units so far.

Governments have developed all sorts of measures to prevent power grids from crashing, from reducing temperatures in offices to turning off street lights and recommending shorter showers. France has created an early warning system to inform residents of the risks of power outages. These may be used already this month if electricity consumption exceeds production.

Finland’s new nuclear power plant will probably not be operational until spring, reserve plants running on fuel oil were started in Sweden

On Friday, Uniper SE suspended the operation of Sweden’s largest nuclear reactor for maintenance until at least 18 December. Thus, only 62% of Sweden’s nuclear power is supplying electricity to the market at the moment, because now their two large reactors with a total power of 2.5 GW are under repair. On Friday, the Swedish government asked people to be economical with electricity consumption. In order to cover the demand during peak hours on Monday morning, Sweden was forced to start up backup power plants that run on fuel oil. The restart of Finland’s Olkiluoto 3, the newest and most powerful nuclear power plant in Europe, has now been postponed until Christmas; the plant will not start operating under market conditions until February. This increases the risk of power outages in Finland and 4,000-euro prices in the Baltics when reserve stations are put into operation.

Electricity prices in our region have clearly turned upward in light of these news. A small consolation came from France last week with their nuclear production having risen to the level of March. At the same time, Germany’s gas grid operator asked households and businesses to reduce room temperatures, warning that efforts so far have not been enough. Germany is expected to cut consumption by 20% to cope with the missing of Russian gas, but only managed to cut it by 13% last week compared to the four-year average. The country is encouraged by the knowledge that, thanks to the warm autumn, consumption was still 27% lower compared to last year. As the cold continues, however, consumption will increase rapidly.

Adding to the concern for Europe is the fact that coping with the biggest energy crisis in history does not depend on us alone. This year’s autumn, ranked third in the historical ranking of warm temperatures, significantly contributed to the filling of gas reserves, as did contracts with the United States, the Middle East and African countries. Despite the concern of some countries that this way they will be tied to infrastructure based on fossil fuels for decades.

In countries where nuclear power plants are already in operation, the decision to build the next nuclear power plant is probably easier to come by. The Netherlands, for example, announced that it would build two new third-generation reactors by 2035, which would cover up to 13% of the Netherlands’ electricity consumption in a CO2-neutral manner. The annual output would therefore be nearly 24 terawatt-hours. It was also decided to extend the life a smaller and older nuclear plant, which was otherwise supposed to close in 2033, and which has so far produced nearly 4 terawatt-hours per year. The decision is probably also due to the plans of Belgium, the neighbouring country of the Netherlands. Belgium has many nuclear power plants, but due to their age, five out of seven plants are planned to be closed at the end of 2025.

However, less attention has been paid to the fact that on the other side of the globe, the Chinese have spent a large part of the year in lockdown due to strict corona restrictions. The momentum and energy demand of the world’s second largest economy has of course decreased as a result and given energy-starved Europe the opportunity to buy liquefied natural gas more easily and to create a considerable safety net instead of Russian gas. Germany, which has been able to replace Russian gas with LNG purchased from around the world, has been in the most prominent trouble in Europe. While 37% of its gas needs were imported from Russia in May, supplies have been interrupted since September.

Europe’s favourable position may soon change, as the Beijing authorities issued a ten-point plan, including measures to ease corona restrictions. How China’s opening up will affect the global economy next year is still unclear, but it is believed that sometime in 2023, China will open its borders for the first time since the start of the pandemic, thereby boosting the domestic economy, consumption and the international travel sector. According to an analysis by Bloomberg Economics, the full opening of China in mid-2023 would mean a 20% increase in energy prices. Especially with cold weather, Europe can expect tough competition for LNG supplies. Thus, Germany considers every victory on LNG imports important. For example, the gas network company EnBW announced that it signed a contract for the import of LNG and green ammonia for 25 years in a volume of 3 billion cubic metres per year. A small amount considering Germany’s needs, but every cubic metre is important for Europe’s largest economy.

Deprivation of cheap Russian gas has made Germany act on other fronts as well. Recently, a plan was announced to make remotely-read smart meters mandatory for large and medium-sized companies, so that their consumption can be better monitored. Such meters have been in use for many years in Estonia.

The European oil price ceiling for Russia is working

In the light of the energy crisis and the sanctions imposed on Russia, Türkiye has emerged as an important player. The imposition of a price cap on Russian oil has led to a traffic jam of tankers in Turkish straits as Ankara is demanding additional documentation from carriers. The world market price of oil has fallen by nearly 10 dollars since the moment of the European decision to impose a price ceiling on Russian oil, trading at 76 US dollars on Monday. The decline is certainly influenced by the prospect of reduced global demand, as there are fears of a global economic slowdown.

However, the European price cap for Russian oil seems to be working, as Russian President Vladimir Putin announced on Friday that the country is ready to reduce production rather than sell oil to the G7 countries at the sanctioned price. Russia’s pronouncement must be interpreted correctly though. Just as they said the war was started to maintain peace, Putin’s statement on Friday meant in reverse that Russia had no plans to cut production and would continue to sell to whoever was willing to buy. It’s no wonder considering that 40% of all Russian exports are oil.

At the same time, Türkiye is entering into negotiations to buy gas from Russia at a 25 percent discount. The US, however, said it plans to produce 12.34 million barrels of oil per day next year, surpassing the all-time record set in 2019.

Eesti Energia’s plants in Narva were on the market last week with 870 MW. Six of the seven steerable power plants are currently operating. Auvere Power Plant, after returning to the market for a short time, was hit by a fault again, the elimination of which would take until Christmas based on the current market announcement.