Energy Market Overview 05.12.2022: Oil prices are still in a wait-and-see position regarding sanctions 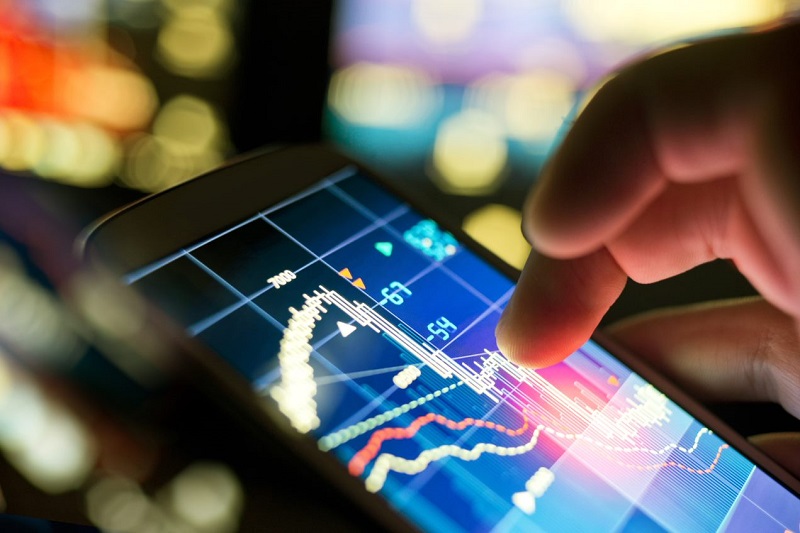 Electricity prices rose by an average of €90 per megawatt-hour in our price zone last week, primarily affected by colder and drier weather with quite low wind power output. Most of the attention was on the price ceiling for Russian oil and the sanctions that have started to work, but the markets are still in a wait-and-see position.

The average price of electricity last week in Estonia was 350.8 €/MWh (+89.5 €/MWh compared to the previous week). The cheapest hour was on Monday night with 118.37 €/MWh and the most expensive one on Wednesday evening at 6 o’clock with 503.55.85 €/MWh. Colder and drier weather as well as quite low wind power output continues to affect the increase in electricity prices.

The average gas price for the week was 132.6 €/MWh (+9.9 €/MWh compared to the previous week). The rise is mainly driven by colder weather that pushed the price to a seven-week high on Thursday. However, the price fell on Friday as the market had overreacted to cold weather forecasts.

December seems to be shaping up to be a test of Europe’s resilience in the energy crisis that has worsened over the past year. The continent is under pressure from rising gas and electricity prices and falling temperatures, even though the situation with gas storage is still good. A month ago, the average level of European gas storage was at its maximum – 95% full. Now that the period of slightly colder weather has lasted for two weeks, the average fullness is at 91%. It is the latter that will become the main yardstick of coping with the crisis until most of the winter is still ahead.

Compared to previous years, Europe collected significantly more natural gas for the winter, which was supported by LNG imports, efforts to reduce consumption and mild weather in October and November. Stocks reached their maximum on 13 November, after which they have declined by 26 terawatt-hours, less than half the five-year average for the same period.

According to BloombergNEF, November gas consumption in northwestern Europe, Italy and Austria was 26% lower than normal, but December’s cold weather is only beginning to show how much of this was caused by warmer-than-usual weather and how much by conscious austerity. If gas storage capacity is higher than the five-year average by the turn of the year, it can be said that the region’s efforts to avoid a winter crisis have proven to be fruitful. The European Union has been negotiating measures to limit the volatility of gas prices for months, but there is still no consensus on the best solution. Thus, stocks and reducing consumption are the main safety cushion. According to BloombergNEF analysts, Europe should face the spring with storage at 53% to be able to replenish stocks next summer.

As a result of arctic influences, significantly colder weather than average is forecast for the beginning of December in Northern Europe and Germany, with up to 7 degrees lower temperatures than average in the Gulf of Finland region, Maxar Technologies announced. Governments in countries from Finland to France have warned of energy shortages and short-term blackouts in the coming months. In the middle of last week, the price on NordPool rose by 8.2% to €373.23, being the highest since the peak of the energy crisis in September.

The filling of huge hydro reservoirs in the Nordic countries and the willingness of energy producers to use them in a situation where prices may rise further during the winter will become an important influence on price movements. Southern Sweden is already in a major power deficit due to the repairs of its Ringhals 4 nuclear plant lasting until the end of February, and the country’s largest nuclear reactor will also undergo repairs this week. Prices rose to nearly €400 per megawatt-hour at the beginning of last week and will remain above €300 in the coming weeks due to the cold weather.

Along with the arrival of cold weather, Europe will be additionally tested by the European Union’s sanctions on Russian crude oil coming into force on Monday. The poor economic outlook and the reduction of consumption in China due to the coronavirus have ensured a sufficient amount of oil for Europe, but the interruption of supplies of the Russian-origin commodity could give more momentum to the price increase in countries already suffering from high inflation.

It is difficult to say what effect the imposed sanction may have on fuel prices. On the one hand, fuel should become cheaper, because the established price of USD 60 per barrel is lower than the market price of oil. At the same time, Russia announced that it does not intend to sell oil to the sanctioners at this price. It can probably be assumed that this will increase the pressure on Russia to find buyers for its oil who will try to sell it to the world market. Russia will have to sell this oil cheaper than the market price. The price of a barrel does not seem to react much to the sanction and continues to trade at USD 87 per barrel on Monday.

Europe has come to understand that, although more has been done in the last year to achieve energy independence than in the last decades combined, the funds for this have not been allocated enough. According to Irene Tinagli, Chair of the Economic and Monetary Affairs of the European Parliament, the current solutions do not ensure energy independence or solve the problem of energy poverty. The committee led by Tinagli and member states are currently negotiating a proposal known as REPowerEU to inject an additional €240 billion into green energy.

Although Europe has reduced its dependence on Russia this year with sanctions on both coal and crude oil, billions are still being paid to the Russian war machine for LNG, and there is no sign of a reduction in volumes on the horizon. LNG imports from Russia have risen by 40% as buyers have to replace interrupted supplies of piped gas. The EU paid a record €12.5 billion for Russian LNG between January and September, five times more than a year earlier.

A surge in demand from countries such as France and Belgium has boosted Russia to become the world’s second-largest LNG exporter after the US and ahead of Qatar. Among the European countries, only the Baltic States and United Kingdom have stopped buying Russian LNG. The share of Russian gas in Europe has shrunk to 10 percent, more than by a third compared to last year, but LNG accounts for more than half of it.

Germany, which has so far avoided long-term LNG contracts, announced last week that it has joined hands with Qatar to supply 2 million tons of LNG annually for 15 years from 2026. The deal covers 6% of Germany’s gas needs imported from Russia in 2021, and it has also been reported that negotiations are continuing regarding a possible increase in supplies.

Olkiluoto 3 may or may not restart next week

Norway and Germany are exploring the possibility of building an 18 GW gas pipeline for hydrogen, so that hydrogen could be transported from Norway to Germany in 2030. It is estimated that 230 TWh of electricity would be required to produce such an amount of hydrogen in an environmentally friendly manner. According to assumptions, Norway could be able to produce hydrogen gas to the extent of up to 5% of Europe’s import needs.

The weekly average price of CO2 was 84.9 €/t (+8.6 €/t compared to the previous week). The price rose due to colder weather, low hydropower output and little wind power, increasing demand for fossil-fuelled power plants. In addition, fewer carbon emission allowances will be traded in auctions in December. The European REPowerEU financing plan, for which the European Parliament would like to increase quota sales, is not quite in place yet.

Eesti Energia’s plants in Narva were on the market last week with 750 MW. Six of the seven steerable power plants are currently operational. Availability was mainly affected by the emergency at Auvere Power Plant, planned to be eliminated during this week. Finland’s new nuclear power plant should start operating again from next week to complete its test program. At the same time, all market participants are skeptical whether it will be possible to stick to the plan, especially since the official investigation into the causes of the failure is still ongoing.